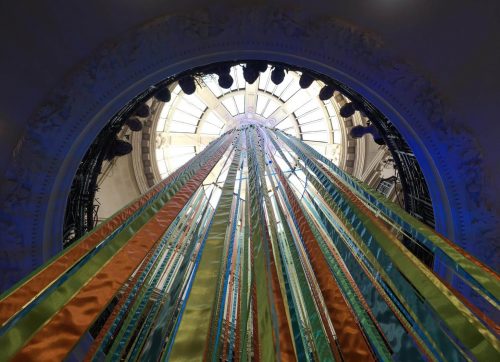 Kara Brussen, an engineer in Arup’s Environment team, reflects on her time at November’s Global Engineering Congress. Kara explains that the engineering and infrastructure community has an important opportunity to contribute to the delivery of the Sustainable Development Goals and should now focus on turning words into action to ensure we have a positive impact. 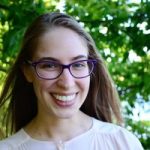 The United Nation’s Sustainable Development Goals (SDGs) are the most ambitious goals humanity has ever set for itself. Everyone has a role to play in achieving them – including engineers.

In November, 2,500 engineers from 70 countries came together to discuss the SDGs at the first ever Global Engineering Congress. Throughout the week it was evident that both organisers (the Institution of Civil Engineers and the World Federation of Engineering Organisations) and attendees were determined for the event to be more than just talking – the motto repeated throughout the week was turning “words into action, and action into impact”.

As I listened to talks and participated in workshops over the week, several themes emerged around the role of engineers in delivering the SDGs. These include:

Engineers have a great opportunity to influence 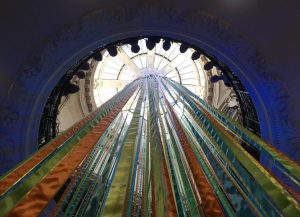 The streamers in the photo represent four of the goals that engineers can most readily influence – those relating to water, energy, infrastructure and cities. However, there are opportunities for engineers to influence across all the SDGs. At the GEC, UNOPS and the University of Oxford launched a report which outlines how infrastructure underpins the sustainable development and relates to each and every SDG. Infrastructure and buildings designed by engineers now will shape the built environment for future generations.

Engineers don’t operate within a bubble

Most delegates at the GEC were engineers (not surprising given the name of the event). However, it emerged over and over that engineers do not work in isolation. Projects are promised by politicians, planned by policy-makers, funded by financial institutions and then used over many years by the communities that we serve. Achieving the SDGs will need commitment from everyone, and engineers can seek to influence to ensure that (a) the right projects are built and (b) they are built in the right way. This shares commonality with the value-based approach to infrastructure delivery which recognises that there are multiple stakeholders engaged in critical infrastructure, and was presented by the Resilience Shift at their GEC workshop.

The GEC also highlighted that while the SDGs are part of a global sustainable development agenda, the challenges to implementing them are very different depending on the local context. For example, some delegates were from countries that had a severe infrastructure deficit, whereas others were trying to work out how to deal with a legacy of ageing infrastructure. Conferences like the GEC allow engineers to learn from each other, and professional institutions reinforce those links and provide further opportunities to share best practice.

This open mindset was encouraged in an Arup workshop I attended on the opening day of the congress, which set the scene for the week perfectly. In groups we were instructed to choose a goal at random and then consider how an example transport project would contribute to that goal. Transport projects are usually aimed at improving travel time or reducing accidents and collisions, however viewed through the lens of Goal 3: Good Health and Well-being our discussion veered towards improving air quality, the value of active travel for mental health impacts, and the well-being benefits associated with community cohesion and connectivity.

The conference was just a week after the IPCC delivered its special report, which stated that limiting warming to 1.5 degrees would require “rapid and far-reaching transitions in energy, land, urban and infrastructure, and industrial systems” and a reduction in emissions by 45% by 2030.

A comment in one session made the stark observation that we have less time to achieve the SDGs than we have already been using tools like CEEQUAL to improve the sustainability of infrastructure projects (CEEQUAL was launched by the ICE 15 years ago in 2003). The SDGs have a deadline of 2030, which is within the construction and operational timescale of all engineering projects currently in development. Achieving the SDGs and ensuring a sustainable future requires transformational thinking now.

It’s worth repeating that there is a need to turn words into action, and action into impact. The ICE is drawing together the discussions and ideas from the event into an action plan and develop working groups to progress actions from early 2019. It is great to see leadership buy-in from professional institutions, however we also have a responsibility as individual engineers to align our work with the future we want. 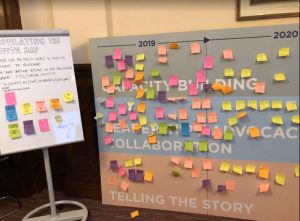 This will require a different way of working and is pretty overwhelming at first – after all there are 17 goals, 169 targets and 232 indicators to consider. The first step is to make each decision on a project with consideration of whether it is helping drive the project in a direction that supports one or more of the SDGs. As Marlene Kanga (WFEO President) said in her opening address – ‘We are the change makers. We have the ability to change the world – for better or for worse‘.