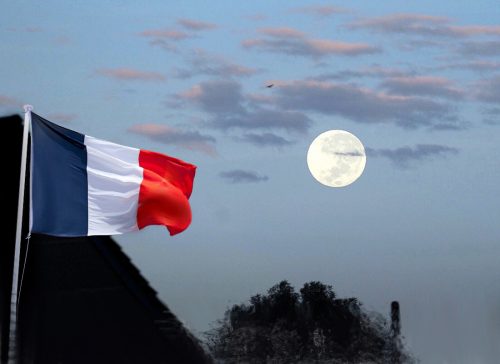 This blog is part of a series curated by The Institution of Civil Engineers (ICE) where World Federation of Engineering Organisations (WFEO) committee members provide a snapshot of climate change impacts and solutions in their part of the world. In this update Lylian Coelho Ferreira, a member of the WFEO Committee on Engineering and the Environment, talks about the issues faced by France due to climate change and how they are being tackled. This blog was originally posted on the ICE website.

What is the level of acceptance in France that climate change is man-made and what actions have been put in place to address it?

Concerns about climate change have risen significantly in recent years. According to the Pew Research Center’s Spring 2018 Global Attitudes Survey, the percentage of people in France who believed climate change was a major threat to their country increased by 29% between 2013 and 2018, from 54% to 83%.

A 2019 YouGov study also found that 58% of French citizens believed drastic measures could reduce the worst effects of climate change, but that 20% thought it was already too late. Here, out of the 28 countries surveyed, only one – India – had a higher percentage of citizens that thought it too late.

In July 2017, France’s minister for the ecological and inclusive transition presented the government’s Climate Plan, which called on all government departments to step up the pace of the energy and climate transition and the implementation of the Paris Agreement.

Under the heading of “Improving everyday life for all French citizens”, the plan includes the following aims:

What are the key issues in France that you consider to be caused by climate change?

Air pollution, waste production and the frequency of extreme precipitation events are the three most important environmental issues in France. It’s difficult to explain how these trends would have arisen without human influence.

Precipitation events have a particular impact on private engineering companies, such as SUEZ ,that design water and wastewater schemes. Old sewerage networks can easily be overwhelmed by extreme rainfall, leading to pollution, while predicting future capacity requirements on new projects is equally challenging.

In October 2020 we saw the flooding of houses, roads and bridges in the villages surrounding Nice after almost a year’s average rainfall fell in less than 12 hours. Sections of the Vésubié river swelled by 3m in only 24 hours.

In July 2019, during a Europe-wide heatwave, Paris saw record temperatures of 42.6C. The heatwave killed nearly 1,500 people in France and scientists have noted that the heat levels would likely have been impossible without the influence of climate change.

If the government invested more in combating climate change then we would save the money needed to repair and rebuild following extreme events. The cost of this is so high that business models have to find solutions that anticipate these events.

Civil (and other) engineers can design and build infrastructure projects that enhance cities’ resilience and ability to adapt to the effects of climate change. Engineers could influence climate change effects in three dimensions:

Engineers can also have an influence by devising innovations that are incentivised and linked with the UN’s Sustainable Development Goals and by building resilient infrastructure that promotes inclusive and sustainable industrialisation. The benefits of strong, early climate change mitigation actions will far outweigh the costs of doing nothing.

A discipline that has been coined ‘climate engineering’ or geoengineering is a potential alternative method to curb global warming and has gained considerable attention from the international scientific community, notably in China.

Defined in a Royal Society Policy document as “[humanity’s] planned measures to cope with climate change by altering the environment on the Earth on a large scale”, further research is required into its feasible application, its potential social, economic and environmental impacts and possible global governance structures and governing principles.

The costs and benefits of climate change will not be evenly spread across all households and businesses. There are considerable challenges involved in measuring adaptation activity, as well as with allocating roles and responsibilities between levels of governments.

In the absence of guidance on how and when to respond to the potential impacts of climate change, local government authorities may be vulnerable to liability for both action and inaction and will continue to struggle with the question of what constitutes a reasonable response.

Delivering solutions to the challenge, whether through decarbonisation of power systems, transport systems and heating, advances in renewable energy or improvements in efficiency, and demand reduction.

Engineers should be planning and building projects that preserve natural resources, are cost-efficient, and support human and natural environments.