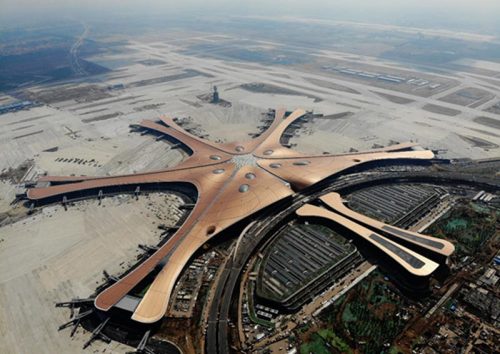 This blog, curated by The Institution of Civil Engineers (ICE) is the first of a series where World Federation of Engineering WFEO committee members provide a snapshot of climate change impacts and solutions in their part of the world. Here Professor Jianping Wu of Tsinghua University and his colleagues Jing He and Xiaodong Guan give some insight into climate change in China. This blog was originally posted on the ICE website.

What is the level of acceptance in China that climate change is man-made and what actions have been put in place to address it?

China’s overall goal is to “have CO2 emissions peak before 2030 and achieve carbon neutrality before 2060”, President Xi Jinping said in an address to the UN General Assembly in September last year.

In recent years, China has implemented a series of activities and a national strategy to tackle climate change, including reducing industrial practices that create pollution, boosting the use of clean energy, saving energy and improving efficiency, promoting the construction of a carbon market, and increasing forests which can act as carbon-storing sinks. It has participated positively in global climate governance, upholding multilateralism, as well as fulfilling its obligations under the UN Framework Convention on Climate Change and the Paris Agreement.

China is implementing the Belt and Road Initiative (BRI)’s South-South Cooperation on climate change and is mobilising stronger support for international cooperation on the issue through the BRI International Green Development Coalition and other platforms. [BRI is a strategy that seeks to connect Asia with Africa and Europe via land and maritime networks. The South-South Cooperation is a framework for collaboration between developing countries in the South.]

What are the key issues in China that you consider to be caused by climate change?

In our opinion, engineering can help to provide technologies to reduce carbon emissions and develop new forms of energy. Ways it could do so include:

These should be concentrated on high-quality monitoring and observation, especially in vulnerable areas, so that engineers can limit the potential impact of climate change. Improving the accuracy of climate models, especially concerning their regional scaling, predictions for the next 10 to 30 years and for extreme weather events, is also a priority. The climate is changing. How, and how much it changes is of huge importance to policy-makers. Engineers can make reliable scientific assessments on climate change characteristics, such as atmosphere, ocean and land surface, to ensure policy-making meets the requirements of economic and social development.