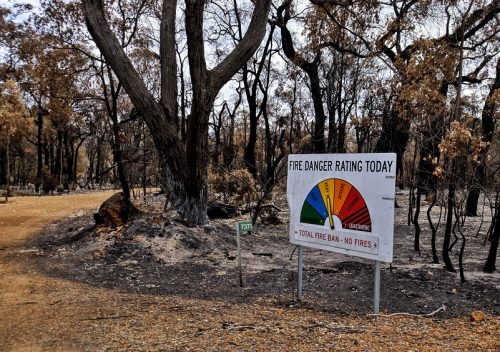 This blog is part of  a series curated by The Institution of Civil Engineers (ICE) where World Federation of Engineering Organisations (WFEO) committee members provide a snapshot of climate change impacts and solutions in their part of the world. Here Dr Marlene Kanga, former WFEO President, talks about the challenges for Australia in tackling climate change. This blog was originally posted on the ICE website.

What is the level of acceptance in Australia that climate change is man-made and what actions have been put in place to address it?

The Australian community is divided geographically and politically, with conservative groups and regional communities that have a high economic dependency on resource industries favouring coal and gas and resisting targets for zero carbon emissions. Urban and environmentally-minded communities tend to support greater action to address climate change.

An independent member of parliament who represents the Northern Beaches suburbs of Sydney has tabled the Climate Change (National Framework for Adaptation and Mitigation) Bill 2020, which sets the principles and framework for achieving zero carbon emissions by 2050.

A petition supporting the legislation has been signed by more than 93,000 Australians, including members of Engineers Australia’s Sustainable Engineering Society. If it is passed, Australia will have a legal framework to address climate change that includes a 2050 net-zero emissions target, a roadmap to achieve it, risk assessments, adaptation plans and an independent commission to advise government.

What are the key issues in Australia that you consider to be caused by climate change?

Australia is a dry continent and the impact of global warming is resulting in a drier climate and extreme heat.

The State of the Climate 2020 report published by CSIRO – Australia’s national science research agency – and the government’s Bureau of Meteorology shows that the country’s climate has warmed on average by 1.44 ± 0.24 °C since national records began in 1910. This has resulted in an increase in extreme heat events and drought, changes to rainfall and stream flow levels, rising sea levels and extreme fire weather such as that experienced in the summer of 2019-20.

The oceans around Australia are also warming and becoming more acidic, with a consequent devastating decline in the health of the Great Barrier Reef. These impacts are expected to increase with global warming.

Clearly Australia needs to do more. Australian Department of Environment reports that while Australia is on track to achieve five percent reduction in greenhouse gas emissions in 2020 under international climate change agreements, achieving the 26-28 percent reduction below 2005 emissions by 2030, as committed,  may “prove challenging”.

Engineers have an ethical responsibility to incorporate sustainability principles into their work. They have a key role to play in developing sustainable solutions and low-cost, accessible sources of renewable energy that will reduce greenhouse gas emissions.

Australia’s greenhouse gas emissions declined by three percent in the year to June 2020 mainly as a consequence of structural changes in electricity generation sector with $30 billion invested in renewable energy since 2017 and the installation of solar and wind energy generation, 10 times faster than the global average.

The closure of large coal-fired power stations that have reached their end of life, in recent years, has also had an impact, as has, in the past year, reduced air and land traffic movements caused by the COVID-19 pandemic. Australia’s greenhouse gas emissions are now 16.6 percent lower than 2005 levels, the baseline for the Paris Agreement.

Still, more needs to be done to reach the targets set by the Paris Agreement by 2030, including accounting for the impact of fugitive gas emissions from the production of liquefied natural gas (LNG), which were previously excluded and reportedly contribute 50 million tonnes of greenhouse gases in the country per year, the equivalent of Sweden’s total carbon emissions.

Emissions levels are therefore likely to be revised upwards. Australia is the world’s largest exporter of LNG, exporting about 80 million tonnes per year. At June 2020, 39.3 per cent of Australia’s total emissions were generated by the production of export for overseas markets.

Engineers are tremendously clever with innovations that have reduced the costs of solar and wind energy with ongoing ingenious engineering.

Engineers also need to have a bigger voice in the media to advocate for change. For example, the transition from electricity generation from resource-intensive, greenhouse gas-emitting technologies to affordable renewable energy involves a structural shift with political and economic consequences. Some countries have embraced the opportunity for change, with these new technologies reportedly having the potential to create three times as many jobs.

However, such a shift will also mean changes in terms of how electricity is distributed and priced, and who pays for the upgrading of generation, storage and distribution systems.

Engineers not only need to develop the necessary technical solutions, innovations and sustainability practices, but also advocate for the broader changes that will be needed economically and in society.

The huge shifts now occurring in the post-COVID-19 economy mean there has never been a better time for engineers to be heard.

Dr Marlene Kanga AM FTSE Hon.FIEAust  Hon.FIChemE was president of the WFEO from 2017 to 2019 and national president of Engineers Australia in 2013. ICE is hosting the WFEO until 2023.