Utility providers have a difficult line to tread between managing customer expectations on cost and service, against investing in future-focused infrastructure resilience. When they get it right, it’s rare that they get praised. But when a crisis happens they can be the first to be blamed by consumers.

There are water shocks and stresses in many cities globally, and power outages happen consistently in many countries, though rarely in the developed world. With the UK’s unexpected power outage of 9 August 2019 relatively recent, and the context of Cape Town’s water crisis setting the scene for The Resilience Shift’s work on urban water resilience, it seemed timely to bring together guests from across the utilities sector to share resilience best practice.

The focus of the event was to build understanding of the interdependency of systems and to share best practice that could inform the discussion about how best to build infrastructure resilience. Guests represented regulatory bodies, utilities operators and asset owners for water, power, as well as resilience specialists and other interested parties.

After a welcome by Dr Juliet Mian, Technical Director, The Resilience Shift, Simon Collins, Chair of Resilience First, introduced the panel and chaired the session. We share below some key insights from the discussion. 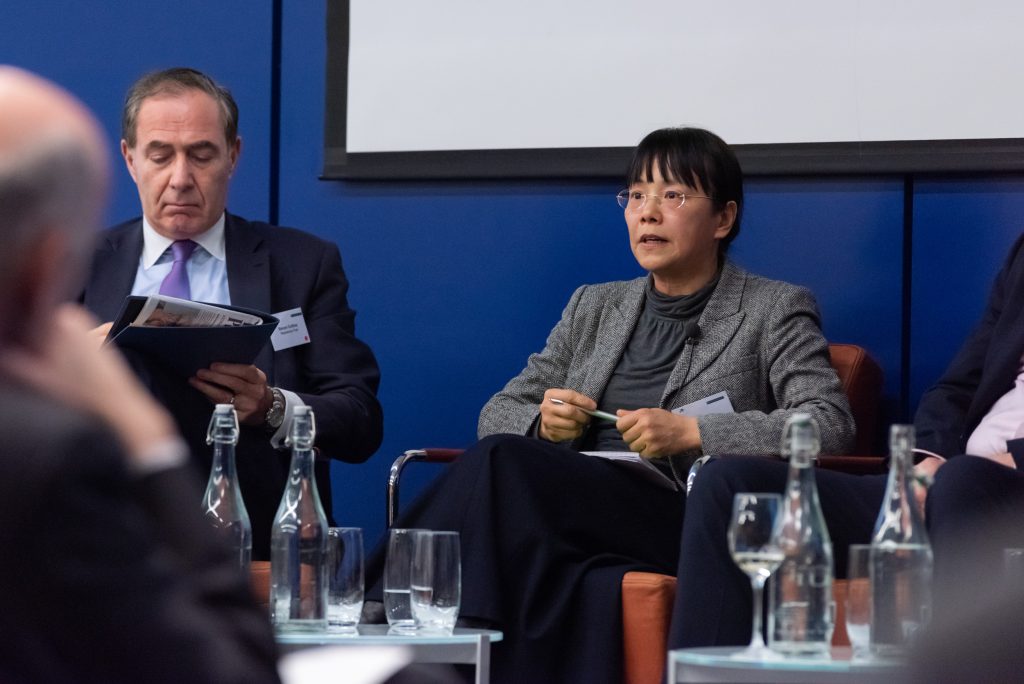 The need for more cross-sector coordination and collaboration.

To kick off the session, Min Zhu was asked about the regulators’ view of trying to embed resilience within the energy sector. She highlighted how the energy sector has numerous resilience challenges and shocks can reverberate quickly and widely through sectors such as health and transport, while major outages can cause wider shocks to the economy.

She discussed their role to primarily protect consumers and the challenges of the police/partner role which they balance through healthy communication with power companies. Collaboration was key for her both across sectors and with industry stakeholders and she explained how there are forums such as the UK Regulators Network where they share knowledge to tackle such issues as flooding, cyber and climate change, working closely with DEFRA (environment) or BEIS (business) UK government and civil service departments. 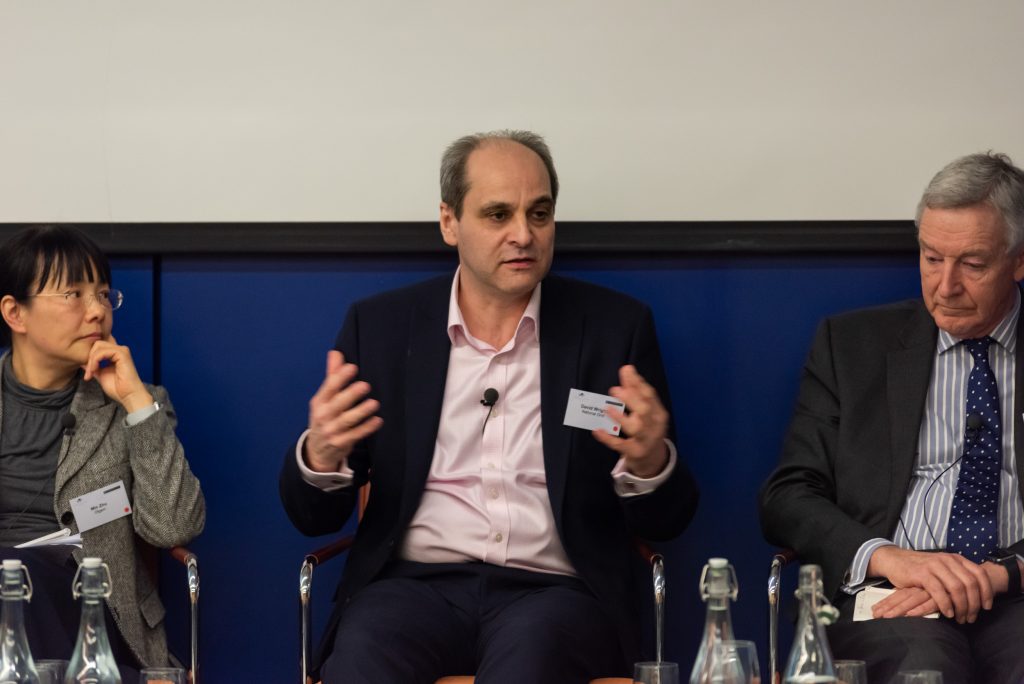 A systems approach is necessary to understand increasing complexity and interdependencies

David Wright discussed the increasing dependency on electricity which increases the impact of threats such as cyber. He also noted that the complexity of networks is growing – in 2011 there were 275 companies and in 2018 about 4000 in the power sector in the UK. This complexity and fragmentation makes it challenging to coordinate and understand the resilience of the network. A systems approach to resilience is the best way to understand the interdependencies between these providers and importance and impact of disruptions.

Increasing urban populations is also a challenge but the biggest threat, he stated, is climate change. He highlighted how electric utilities in the USA were prepared to switch off 1 million customers in California due to the risk of climate change-related wildfires (a subject covered in this Electric Utilities resilience primer. In the UK, he explained, they have learned lessons from the 2007 floods and now have permanent flood protection around substations as well as mobile defences.

He said the future will bring a larger energy mix with more low carbon sources. This changes the dynamics of energy grids and will require utilities to forecast better. The advent of electric vehicles and transportation also poses a challenge to the network. National Grid are focused on the capability to drive resilience and build their forecasting capability. 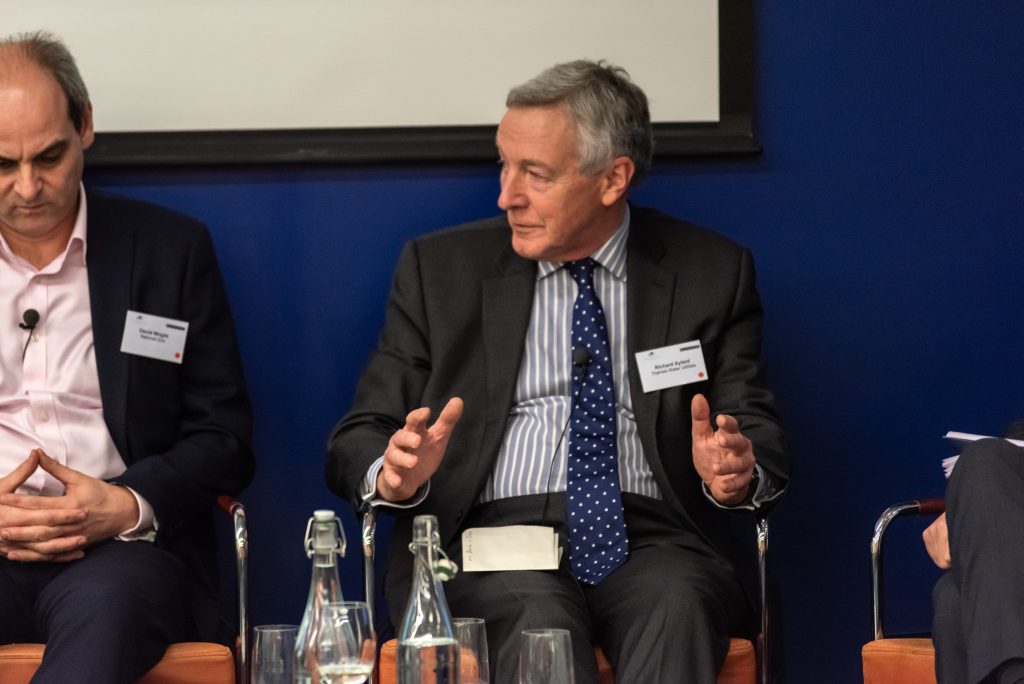 Richard Aylard was asked about the strategic responses to local water shortages and the prospect of serious droughts. He discussed how the changing climate will exacerbate this with less rainfall in summer, more in winter (see Potable Water resilience primer for more about these challenges for the water sector). Heavy rain is difficult to capture, so contrary to the rest of us, they prefer constant drizzle! They are considering multiple solutions that include reducing leakage, demand management, meters, reducing sewage effluent, bringing water in from Thames valley via pipeline/canal, new reservoir. He noted that they needed all of these – but how should they prioritise?

This highlighted the need for evidence-based approaches to prioritisation and decision-making so that a clear business case for investment can be developed. This also raises the question around measuring the benefit of resilience. 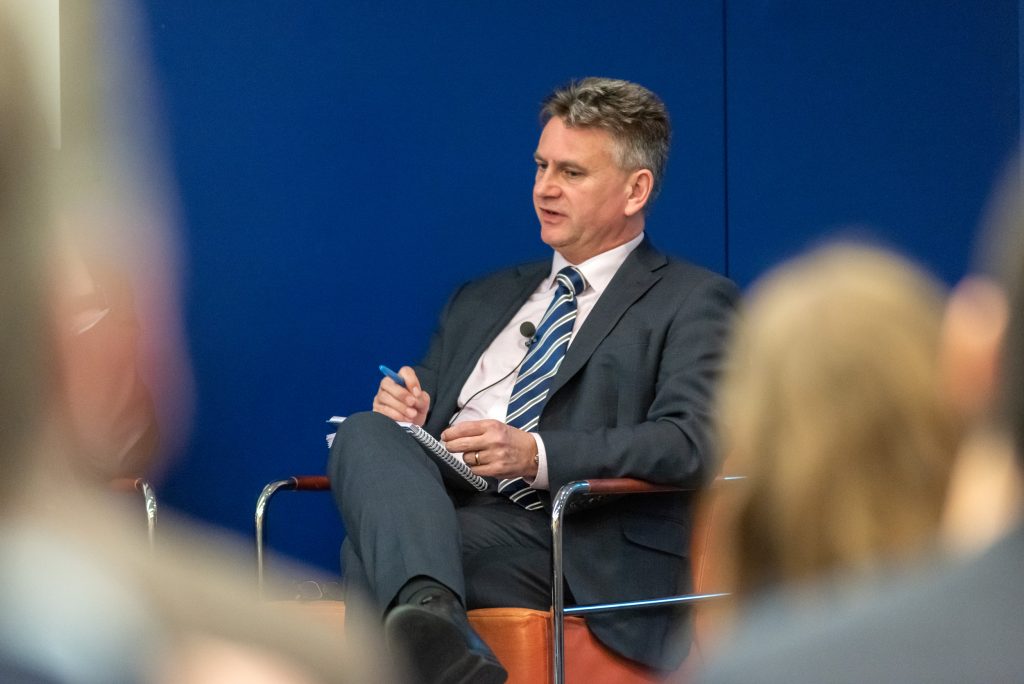 Importance of customer engagement and understanding

Martin Shouler added an international perspective to the discussion, sharing key resilience lessons learned in 8 cities across the globe as part of the development of the City Water Resilience Approach. He highlighted one city, Cape Town, that faced a serious water crisis in 2017-18 with its 4 million people on the point of running out of water on ‘Day Zero’. Reflections from those involved in this crisis are now shared in these Day Zero Learning Resources. Martin shared lessons around the power of citizen engagement – describing the “dirty shirt” campaign – not washing your clothes and wearing your dirty shirt as a badge of honour. The reduction in water usage averted the catastrophe and now citizens have maintained their reduced consumption as they have more awareness and understanding of the issues and consequences they face. Martin noted that this reflects a maturing relationship between consumers and utilities and his two key learning points were the need for the citizen relationship, and the need to invest time in building your stakeholder relationships – before things go wrong.

The event closed with wide ranging audience questions followed by discussion at a focused dinner event with guest speaker Suleman Alli, Director of Strategy at UK Power Networks. Suleman offered a fascinating insight on the way that company approached resilience. He highlighted five key attributes: interdependence, culture or mind-set, muscle memory, curiosity, and partnerships. He talked about a “generative culture” with clear values and vision.

Resilience First studied adaptive capacity as part of their work on the resilience of airport business communities. UKPN was surveyed as part of this and were extremely strong. This was attributed to their CEO, Basil Scarsella’s leadership and the alignment and ownership instilled in the staff. This high adaptive capacity correlates with improved competitive advantage and higher productivity. 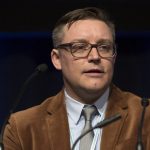 Finally, Seth Schultz, the new Global Executive Director of The Resilience Shift gave his initial thoughts on the direction that that organisation will be taking under his stewardship.