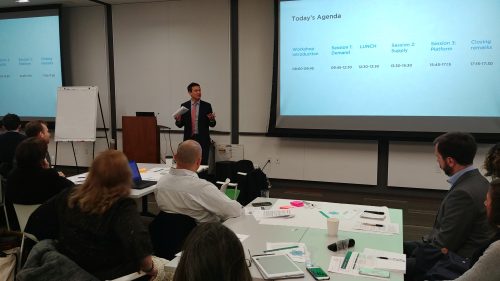 Last week saw us head to Washington DC for the first of our innovative workshops to explore the practical implications of using and developing tools to build resilience in critical infrastructure. 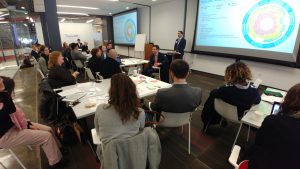 Hosted by 100 Resilient Cities, the workshop was attended by a range of private and non-profit tool developers, alongside tool users and influencers. There was a focus on how tools for building more resilient infrastructure can support the overall resilience strategy for cities.

The day’s first session considered the perspectives of those in demand of tools to help them implement resilience in their projects. Speakers included representatives from Argentina, Brazil, Canada, Colombia, Salvador, and the US. Each speaker brought their own particular challenges, with procurement, siloed thinking, knowledge of assets, stakeholder engagement and valuing resilience coming out as key issues.

The afternoon session offered a chance for developers to share their tools and for users to ask about the value they deliver, creating a dialogue where barriers to adoption were discussed. Tools included:

To conclude the days activities, Savina Carluccio and Igor Linkov provided an overview of the platform that the Resilience Shift is looking to develop which will help to connect tools and approaches with end-users. This resulted in a lively debate with the audience, where our value-chain approach was considered a useful way to approach the challenge of connecting tools with the right individuals. But it was also recognised that disciplines could be another entry point. 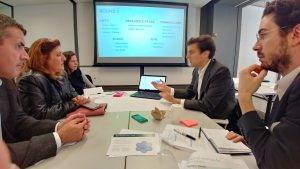 Several attendees stated that they often have to adapt tools to work in the local environment that they are operating in. Many times, the problem with tools is that they talk a different language and were designed for different geographies. Therefore, it can be difficult to translate the local challenges. Others suggested that tools are always under development and feedback from users would be important.

There was a dichotomy among attendees of whether developing a platform showcasing tools  should be the primary focus for the Resilience Shift. Some suggested that our focus should be acting as a facilitator to put tools in the hands of end-users, and create a community of practice by leveraging off other established platforms and institutions. While others argued that a repository that provides a crowd-sourced tool rating could provide efficiencies in tool selection. This is something we’ve taken away with us to consider!

We’re planning on running further workshops in the near future. If you are a tool developer or end-user then we’d love to hear from you to see how you might get involved.