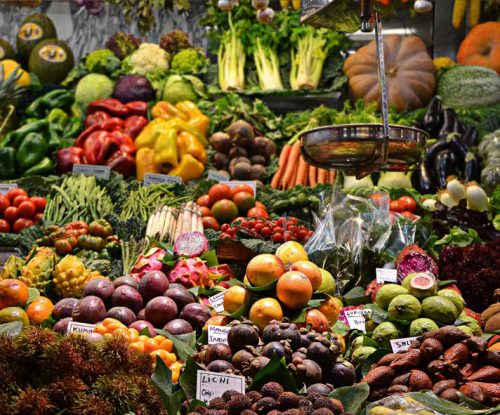 Global supply chains have recently been the topic of research by the Resilience Shift, exploring the dependencies on critical infrastructure resilience.

The Resilience Shift has published its findings in a summary report and a collated workshop report that pull together the feedback from over 70 participants invited to 7 workshops held across the globe.

This work built on initial research by Manchester Business School, in partnership with Arup, that focused on the UK’s supply chain resilience and how it might be impacted by political factors, such as Britain’s exit from the European Union, as well as environmental and technology factors.

These questions led directly to the Resilience Shift’s engaging with this same industry audience on a global scale to understand how supply chains depend on and are affected by the resilience of critical infrastructure. To understand this context, it’s helpful to highlight some of the key findings of the initial research, now also published. 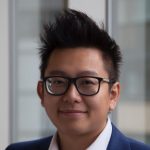 Jonathan Han led the research into supply chain resilience in the UK grocery sector. It was commissioned following a gathering of Arup’s global freight and logistics experts who wanted to understand the impact of change and current events on reliance.

Then a final-year MBA student at Manchester Business School, Jonathan proposed a work plan for the research that included primary and secondary research, engaging with people in the grocery sector across the whole value chain from producers, logistic vans, distributors, wholesalers and retailers, as well as infrastructure companies who play a part in terms of the transportation of produce or goods.

The critical dependencies on pinch points

The research focused on inter-dependencies with critical infrastructure perspective. It began with considerations around pinch points that would be critical in grocery supply chain resilience. The mapping of pinch points for the UK grocery sector shown in the research report includes examples such as the Northern Ireland border, Dover, with Operation Brock then being trialled on the M20 motorway, covering the main roads away from Dover to London.

Interestingly pinch points for the UK’s grocery supply chain were found to be much further afield in terms of infrastructure around Europe, for example the Gotthard Tunnels, in Switzerland. Produce is transported from the Mediterranean up to ports in northern Europe, such Hamburg, so there are critical elements of infrastructure across those routes.

Jonathan said, “the reason why I identified these critical points was based on a very interesting Chatham House Report on Chokepoints and Vulnerabilities in Global Food Trade (Bailey & Wellesley, 2017), which mapped food chokepoints to Qatar when it was politically isolated by its neighbours in 2017. Due to the maritime blockade, imports dropped significantly of food on which Qatar relies heavily, particularly wheat. I wanted to explore something similar for the Europe side of things”.

The report also elaborates on the use of data analytics to help grocery suppliers, and retailers, to identify and use software to help them identify where they could potentially locate warehouses, for example. Such locations are usually located next to the transportation hubs, for example ports or inter-modals, such as train stations. By using data analytics, firms can map information about traffic, account data, flooding, environmental data, property prices, and more. This can help retailers to make a justified consideration of where to carefully locate a warehouse in a strategic location. This strategic modelling of recommendation could then be applied to other industries besides groceries.

Jonathan said, “Analytics already play a very important part in consulting, and digital economics. The likes of Airbnb are making great strides in data analytics. InsideAirbnb.com has rich data that can tell you where the most lets are, where price points are, all linking back to rich datasets”.

“In fact, data plays a very important part in every industry and in terms of supply chains, many retailers have real-time analytics of how they can get a pint of milk, for example, from the farm to the shop. With your Tesco Club card, for example, or Nectar points, they can easily find out what purchasing trends are, and tailor their supermarkets to different locations and client-bases in terms of demographics and customer behaviour, based on that data.”

“That can help to determine more or less important products and where those products should be sourced to meet the demand. So data modelling and data analysis is crucial in terms of effectively managing supply chains.”

Approach to the research and the use of scenarios

The primary research involved surveys and interviews with 43 representatives from retailers, distributors, logistics firms and others. Questions focused on politics, the environment and technology to determine whether their supply chain is resilient and whether infrastructure improvements would improve that resilience.

With politics, for example, participants were asked about scenarios such as, in the event of Britain’s exit from the European Union, if there was no deal or lack of freedom of goods, or lack of customs union, how would their suppliers be disrupted? Participants were asked to rank the level of disruption on a scale. Other questions asked about expected disruption at borders, or to logistics and transportation delays.

For a non-UK situation and particularly for European suppliers, many of these questions about supply chain resilience could also apply in such a situation. One recently started business that involved buying 100% of their produce from Spain was planning how best to be resilient against such a scenario, and how to diversify their business without impacting the profits too much. Options included not to focus on Spanish products alone, and to diversify their product range. For products being imported from Spain they would have to pass on some of the cost to their customers, which is inevitable in many scenarios. European suppliers, in parallel, may also no longer want to have all their business in the UK.

Other scenarios highlighted can also have a similar impact on the resilience of supply chains, for example the blockade of Qatar mentioned earlier, where they were essentially landlocked in by their neighbouring countries and were dependent on rerouting flights to a very narrow corridor to support their supply chains. 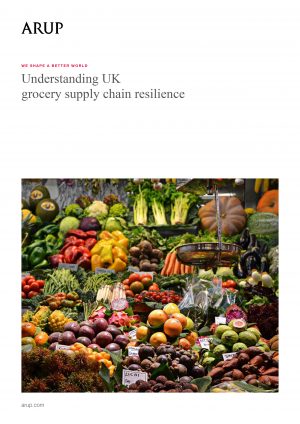 Having sight of the whole supply chain

The research report, The Future of Grocery Supply Chain Resilience is now available and provides insight into the problems faced by all stakeholders in the UK logistics sector.

These findings were subsequently reinforced by the Resilience Shift’s industry workshops held in 7 different port locations around the globe exploring the dependencies on infrastructure resilience of global supply chains, particularly for food. These are captured in a summary report [link] and a collated workshop report [link] that pull together the feedback from over 70 participants.

Jonathan concluded by saying, “One thing that came out again and again from all of the research was how crucial it is to have an understanding of your supply chain as a whole.”

“Even those who had contingency plans in place, and were prepared well for a particular event, sometimes didn’t have sight of their upstream suppliers”, he said.

“Without an upstream resilience plan, it’s a house of cards where you may be prepared but everything could collapse under you as your suppliers may not be. And if you’re not aware of that then you will most certainly be caught out.”

This research contributed to Darren Briggs’ recent presentation at the UK Ports Conference where he spoke about the resilience of global food supply chains as part of the the Resilience Shift’s work in this area.

With thanks to Jonathan Han CEng MICE