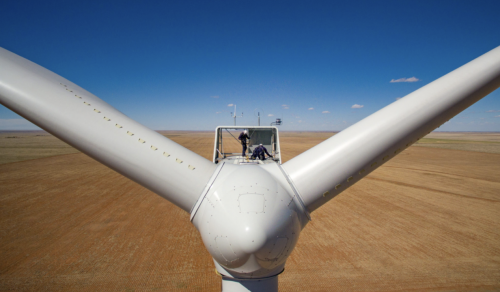 A world driven by hydrocarbons is a more conflict driven world. The adoption of the Versailles Declaration – where EU Member States asked the Commission to prepare a detailed plan by the end of May to cut gas dependency – is a signal that this crisis can and must accelerate, rather than derail, the march towards cheaper, more secure, clean energy.

The reasons for this are well known but have become blurred recently amid some calls to ramp up oil and gas exploration and production to fill the gap left by Russia. Such calls mistake a short-term political reflex with the structural changes driving the long-term direction of travel. As the International Energy Agency has made clear, responses to the emerging energy crisis do not need to – and indeed should not – compromise our international climate goals, which means no new oil and gas exploration and development this century. This has been echoed repeatedly by the UN Secretary-General and by business leaders, who support the rapid scaling up of renewables, energy efficiency and electrification as the best way of increasing energy security and independence in the EU and globally.

But with coal, oil and gas supplies now punctured by Russia’s isolation (particularly in Europe and the West), leaders must double down on the green energy transformation. They owe it to people to resist the dangerous siren calls for a quick ‘fix’ of fossil fuels, domestic or foreign, that simply masks and prolongs the energy crisis causing pain for families and homes.

The impacts of the current energy crisis will not be limited to Europe alone. The conflict in Ukraine is the most recent in a series of cascading crises having a profound impact on development aspirations and inequalities of geographies across the globe. Rises in gas prices are already being felt in places like Kenya and in climate-exposed Small Island Developing States, many of which are completely dependent on fossil fuel imports.

The first, best way to lower energy bills and enhance energy security – is to use less energy: we must learn from Japan’s response to Fukushima in 2011 and the UK in the 1970s energy crisis, by reducing consumption of energy. Today, many of our leaky, draughty homes waste nearly two-thirds of the energy we pay for. Imagine the potential to lower people’s utility bills forever, ensure the elderly have warm homes in winter – and create millions of decent jobs globally – by investing in buildings’ efficiency retrofits. It’s a no-brainer.

At the same time, we must accelerate the shift to renewable and zero-carbon energy. This is to the economy’s benefit, because it is:

The way forward is clear: we know how to make the transition and some countries are already showing considerable leadership. Morocco and Egypt are rapidly scaling up their renewable energy capacity, and showing how collaboration with other countries can help everyone go farther and faster together.

The EuroAfrica Interconnector is providing 2,000MW electricity between Egypt, Cyprus, Greece and Europe, representing an “electricity highway” connecting the national electricity grids of Egypt, Cyprus and Greece through a 1,396km subsea HVDC cable.

Meanwhile, the Xlinks Morocco-UK Power Project will be a new electricity generation facility entirely powered by solar and wind energy combined with a battery storage facility. Located in Morocco’s renewable energy rich region of Guelmim Oued Noun, it will cover an approximate area of 1,500km2 and will be connected exclusively to the UK via 3,800km HVDC subsea cables. The project is also facilitating a just transition by creating nearly 10,000 jobs during construction in the region, while simultaneously creating associated jobs in the UK via submarine power connectors.

These are just a few examples of the tools we already have to transition to a world reliant on clean, flexible, distributed and unlimited renewable fuels – sunshine, wind, tides. To a world of greater energy independence and access to affordable energy sources.

This is the time to double down on the global race to zero emissions and systemic resilience to the impacts of climate change. It’s the time to pivot away from expensive, volatile, conflict-creating fossil fuels – towards a cheaper, fairer, stabler, clean energy system. If we respond as the climate crisis demands, we may find that this current energy crisis pulls the future of better energy forward by as much as a decade, in how we consume and produce energy.

This article was authored by the Climate Champions and was first published on the Race to Zero/Race to Resilience website. With thanks to Theo Bachrach.

At COP26, our strategic partner Resilience First has been hosting a series of fringe events, exploring the challenges and opportunities for businesses to step up and take the necessary action to protect people and the planet.

The Resilience Shift and our strategic partners, Resilience First and the International Coalition for Sustainable Infrastructure (ICSI), were excited to present a number of sessions at the conference, covering a range of topics relevant to resilience in urban infrastructure. Recordings of each session are available to stream now.