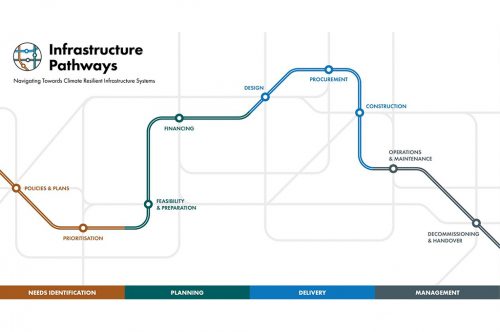 Looking back, we can see the golden thread that runs through several pieces of work and leads to our work on climate resilient Infrastructure Pathways and resilience indicators.

The start of autumn is a great time to stand back and consider how our individual activities have started to coalesce, form their own organic connections and develop a cumulative value that could only be imagined when we started out.  Looking back, it’s almost as if we planned it this way!

Guidance, tools and standards play a key role in the development of sustainable and resilient infrastructure. Stakeholders across the infrastructure lifecycle need them to better plan, finance, design, deliver, and operate and maintain their infrastructure assets and systems. 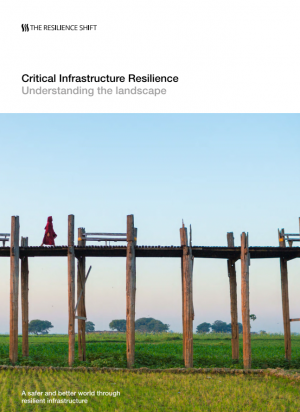 Way back in 2017, we highlighted the importance of guidance, tools and standards to achieve a ‘resilience shift’ for critical infrastructure in our report, Critical Infrastructure Resilience: Understanding the landscape’.

We could see that the problem was not so much a lack of guidance, as inconsistencies, gaps, and lack of visibility of existing guidance.

The shift that we want to see, towards safe, sustainable and resilient infrastructure for everyone, requires consistent, practical guidance across the entire lifecycle of critical infrastructure, from policy through to operations and maintenance. While we are locking in new changes and preserving them, in particular for new development, we must also be implementing at later stages (design, retrofit, renewals) for existing infrastructure.

And this change needs to be locked in a quickly as possible, in every stage, rather than a slow trickle from policy to implementation – we don’t have time to wait – if we do, the long timescales of infrastructure mean that we risk locking in some big problems for the future. 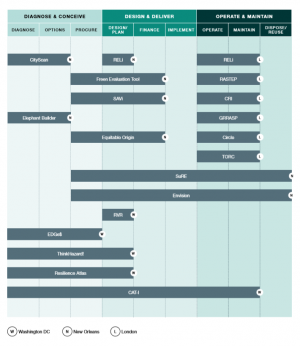 We started to respond to this need a couple of years ago with research into resilience tools and approaches and the launch of the Resilience Toolbox, mapping over 70 tools consistently across the infrastructure lifecycle stages for users to understand the role of resilience on their project, and simply help them find the tools and guidance relevant to them – it’s surprising how difficult it can be to figure out who the intended audience is, what they need to put things into practice and how they are expected to put things into practice (and expressing this using the right language).

As founding partner of the engineering-led International Coalition for Sustainable Infrastructure in 2019, we led the Action Track on guidance, tools and standards. As part of this in 2020, ICSI members collaborated with the Global Center on Adaptation to peer review a stocktake of climate-resilient infrastructure standards and that work confirmed the disconnected and inconsistent nature of these across the infrastructure lifecycle.

For those who attended our event at June’s London Climate Action Week, they will have seen how we envisage that Infrastructure Pathways will bring together stakeholders from across the infrastructure lifecycle to map existing guidance and provide line of sight for practitioners to embed climate resilience within infrastructure. We are looking forward to launching this comprehensive guidance later this year at COP26 as an ICSI initiative led by The Resilience Shift in partnership with Arup.

As well as guidance, tools and standards for resilience, we admit to also being a little obsessed with metrics, indicators and the difficulties of measuring progress towards resilience. We explored this thinking in a piece for Infrastructure Intelligence on Making the right resilience choices for future infrastructure that highlights the need for a different approach to drive adoption of resilience. 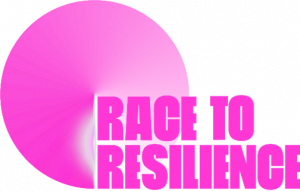 We’ll be publishing the outcome of our work on indicators with ICSI later this year and this work has fed into the monitoring and evaluation metrics for the Race to Resilience through our technical support of their team.

This hugely valuable and practical outcome of all our cumulative work is something we are very proud of, and I’ll leave the last word on this to one of our secondees to the Race to Resilience, Áine Ní Bhreasail. As the infrastructure specialist in the Resilience Team, she said, “I’ve been focused on metrics for measuring resilience, which has led me to have some fascinating conversations with measuring and evaluation experts from IIED and University of Maryland, as well as initiatives including Global Resilience Partnership and InsuResilience. Together we’re creating a framework that will allow the campaign to track pledges and raise global ambitions for resilience”.

The COP Resilience Hub has now launched and we are delighted to see this new focus on resilience and adaptation for activities from across CoP and beyond.

The need for resilience is only heightened by two major reports just out – the new Atlas published by the World Meteorological Organization (WMO) showing that weather-related disasters have increased over the last 50 years, and the new Intergovernmental Panel on Climate Change (IPCC) Report confirming that IPCC Scientists are observing ‘widespread, rapid and intensifying’ changes in the Earth’s climate in every region and across the whole climate system.

The Cities Race to Resilience has launched with its extensive list of joining commitments.

The Coalition on Urban Transitions new report, Seizing the Urban Opportunity for Africa , that outlines the financing gaps for city climate action, and emphasises the great investment opportunities African cities provide. We hosted a panel on this at the Africa Cities and Built Environment Day. Their India report launch has also just taken place.

The new comprehensive WRI report, Water Resilience in a Changing Urban Context: Framing Africa’s Challenge and Pathways for Action, which builds on our work with Arup, R-Cities and others with the WRI to support the adoption of the City Water Resilience Approach in ultimately six African cities.