Ports are facing uncertainty in addition to stormier waters from increased extreme weather. Political challenges such as Britain’s exit from the European Union, compound those existing around planning, investment, and skill shortages. These topics are front of mind for the ports sector worldwide, as shown by Resilience Shift research, and by participants at the recent UK Ports Conference in May 2019. 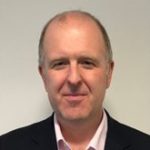 The Resilience Shift has published its findings in a summary report and a collated workshops report that pull together the feedback from over 70 participants invited to 7 workshops held across the globe. The initial Arup research, in partnership with the University of Manchester and focused on the UK, is also available as a research report.

The theme of the conference was ‘Driving growth at UK ports: responding to uncertainty and changing markets and delivering infrastructure, innovation and improved connectivity’. Organised by the Waterfront Conference Company, the event brought together senior representatives from across the ports, shipping and maritime sectors with speakers including Minister for Ports, Nusrat Ghani MP, Parliamentary Under Secretary of State for Transport. The agenda focused on many of the latest policy issues and how ports can respond to uncertainty while also exploring how to deliver successful ports development, incorporating the latest technology and innovations.

The topic of Britain’s proposed departure from the European Union was very much front of mind for participants at the time of the conference, with lively discussion about how firms are dealing with the uncertainty.

Improving connectivity and the issue of planning

A key topic of interest was how to improve connectivity between and within ports and the issue of planning.

Darren said, “It was particularly interesting listening to Justin Atkin, Port Representative, UK and Ireland, Antwerp Port Authority, talking around what they are doing, because many ports in Europe are fully or partially state-owned. There is a much better interface between what ports are doing and multimodal connectivity. This is very different to the UK where most of the ports are private and therefore have a very different relationship with local councils and planners.”

Ports in the UK are generally independently and commercially run and there is little joined up action between them. In the United Kingdom there is a specific challenge in terms of how ports engage with Highways England, Network Rail, and the Department for Transport.

Darren highlighted the example of the Port of Liverpool that has invested millions upgrading to a deep-water port and adding more cranes. This has created more volume which means more trucks. The road network ideally needs to expand to support this, but it will only happen retrospectively with the general lag in public sector funding to improve connectivity in response to demand.

Darren commented that many of the issues up for discussion at the conference tied in closely to the research that the Resilience Shift has been undertaking with global supply chain stakeholders.

He said, “Port planning came top in our research globally, and this was echoed by the frustration voiced by UK port operators around planning and how they don’t easily interface with local planning frameworks making it hard for them to get things done at the right time.”

“Poor planning exists at different scales that vary across the globe. In the UK, the concern is around the planning framework, but in other parts of the world, poor planning between different government departments leads to a lack of coordination between rail, highways and ports.”

“Local planning can also be an issue as space must be allocated for industrial spaces and warehouses to support the growth of port centric logistics, but such operations often clash with the growth of residential developments near a 24/7 logistics operation”, he said.

Another issue highlighted in the Resilience Shift global research was the availability of labour, this topic cited as second in the list of concerns worldwide. A panel discussion at the conference highlighted skill shortages driven by a mobile workforce who move into other sectors and increasing automation of ports. Port operations are more data driven and need digital and engineering skill bases rather than traditional ones, and this staffing shortage is exacerbated by the UK’s ageing population. Previously a port’s resource base mostly came from the local population of people who lived around harbours and ports. Now that things are becoming much more skilled, ports need people who are not necessarily from their local labour force and must recruit further afield. Supporting this theme, panellist Kathryn Neilson, Director of the Merchant Navy Training Board, echoed the same issues around the difficulties of recruitment.

Darren added, “A good source of recruitment for the ports tended to be people who worked on ships when young, so they understood how ships operate. Later when they wanted to settle down, they might find work in a port. Now the industry is struggling to get people to go and work on ships at all. We’re also talking about automated ships and that will also have an impact on the skills we need.”

The findings from this research by the Resilience Shift are now available in two companion publications – main report, and workshops summary, supported by the initial Arup research report.

Darren said, “It’s very satisfying to see these linkages between the research that we have done and its findings, with the topics of interest for our sector that came out at the conference.”

With thanks to Darren Briggs.

More about the UK Ports Conference here, or on @WFPorts – search for #UKPorts19, or on Linkedin at UKPorts, Marine and Maritime Network.