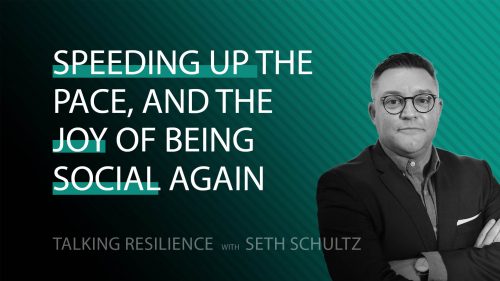 I’m writing as I sit in a lobby in a conference venue, at New York Climate Week, in between a raft of face-to-face meetings.

After 18 months of mostly virtual conversation, it has been an absolute joy to meet in person with friends and colleagues, to discuss next steps and collaboration opportunities and, to just catch up.

The temptation to hug everyone is strong, though most still resort to elbow bumps, and the pleasure of physical interaction is a sharp reminder that humans are a social species.

More importantly, our conversations are ambitious, fast moving, action focused. How can we make the world more resilient? How do we make change happen faster? What do I do next?

After a global slow down due to the Covid pandemic, there is now a need to move swiftly. To urgently deliver on climate action pledges, and to put resilience at the top of the agenda alongside decarbonisation.

At the start of Climate Week, our friends at the Race to Resilience, the High-Level Climate Champions, Nigel Topping and Gonzalo Muñoz, brought together an impressive roster of corporate and international leadership figures to their opening session. The session, ‘Delivering on the Promise of Paris: every fraction counts’ put the focus firmly on the need to build momentum ahead of COP26 for a raise in ambition from state and non-state actors on climate resilience.

The Race to Resilience also announced four new partner initiatives making a total of twenty-four, with Nigel Topping commenting, “I am delighted to welcome four new Partners to the Race to Resilience. They represent the diverse coalition of non-state actors which is essential to delivering the campaign’s goal of making 4 billion people resilient to climate change by 2030”.

I am proud that these include our strategic partner, Resilience First, the global business resilience network with over 600 corporates operating in over 150 countries. Also, the International Coalition for Sustainable Infrastructure that we co-founded and which is the biggest coalition of engineers in the world, influencing the work of over 200,000 engineers in 175+ countries.

At COP 26 the campaign will bring all Partners together to share best practice and collectively mass mobilize actors to raise their level of ambition and action on resilience. 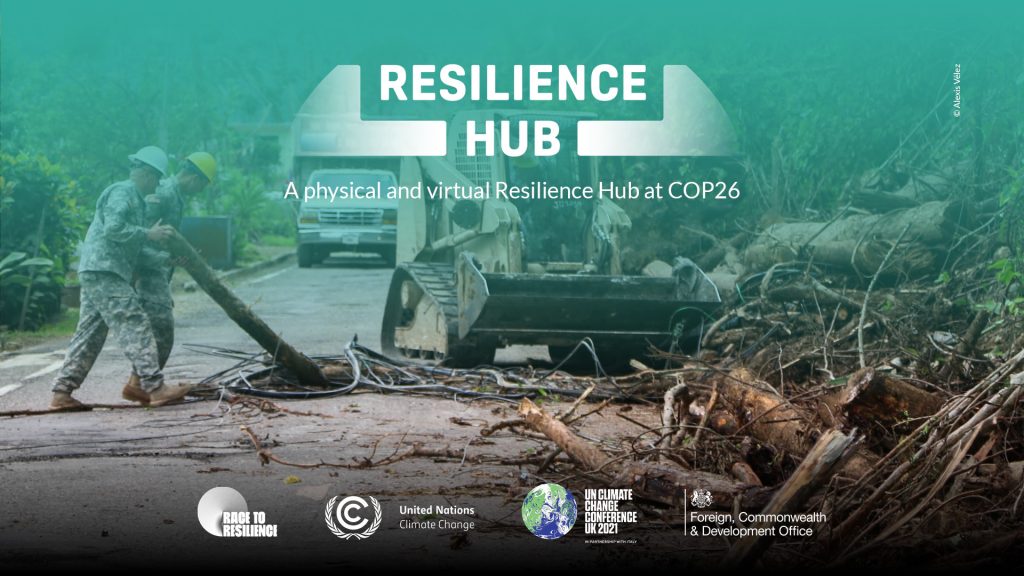 This includes at the COP Resilience Hub, the first dedicated physical and virtual space for resilience and adaptation that will be running programming across the two weeks and act as the home for the Race to Resilience at COP. We are proud to be a managing partner of the Hub and are determined that it will stand out as a new step forwards for the recognition that, in a warming world, resilience must be at the top of everyone’s agenda, alongside decarbonisation.

We also launched this week our new three-part film series, Resilience Engineered that aims to provide a starting point for conversations about resilience in organizations and firms everywhere. Episode 1 – ‘Preparing for an uncertain world’ premiered at Climate Week, with the second and third episodes to be shown at Innovate 4 Cities, and at COP26.

The three-part series will be released from COP26 as a free learning resource for all who want to build the business case for resilience through increased understanding of what it is, why it matters, and what we must do, to tackle it together.

Until then, we are inviting organizations to host their own screenings of each episode – email us to find out more.

Why we must put future generations at the heart of institutional and systems decision-making, as in the recommendations from the For Thought report, and from our own work setting up Youth Advisory Councils.

At all scales of leadership, we must deliver on aims to build a safe, sustainable and resilient future, whether through our strong support for global action, or through our business leaders choosing to shape their organisation’s future around transformative change.

It is crucial for businesses and the public sector to work together in a world facing deep uncertainties and complex interdependencies. The newly combined forces of The Resilience Shift and Resilience First is a route to driving resilience best practice at scale globally.