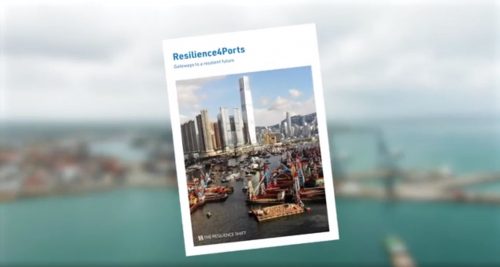 The Resilience Shift has participated in a new film on ports, #Gateways2Growth, commissioned by the UK Chamber of Shipping and the British Ports Association.

Premiered at London International Shipping Week, the film is a long form news and current affairs-style programme telling the story of Britain’s ports and how they are adapting for the challenge of tomorrow. Produced by CWP, it is now available to view online alongside another film Making Waves: The Future of Shipping.

Intrinsic to our domestic shipping industry are Britain’s ports; our gateways to and from the world, playing an irreplaceable role in our economy and in our communities. ‘Gateways to Growth’, delivered in partnership with the BPA, reveals the people, communities and organisations behind them, highlighting ports’ vital contribution to society, and the innovations shaping their pathway to net zero.

Committed to a cleaner future, the global shipping industry is undergoing a transformative journey. ‘Making Waves: The Future of Shipping’, produced in collaboration with the UK Chamber, shines a spotlight on the efforts already underway and sends a clear call for continued ambitious action, in order to decarbonise. It features our partner, Lloyd’s Register Foundation, and the programme charts the sector’s rapid progress in innovation – from alternative fuels to new technologies and gives voice to those calling for increased regulation to deliver a sustainable future. 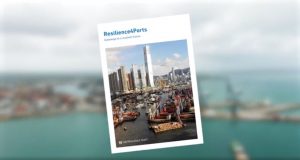 We are delighted to have been able to make the case for resilience for ports in this film, Gateways to Growth, and get across why building resilience must happen alongside the drive to decarbonise ports and deliver urgent action on climate change.

Perspectives came from Marcus Denison, Head of Business Resilience, Group Safety, Security and Resilience, Tesco, talking about how its resilience and that of global supply chains is interdependent with that of ports, and highlighting the impact on all our lives when things go wrong.

Then Sarah Duff, Principal, Green Economy and Climate Action, European Bank for Reconstruction and Development, explained how investment in infrastructure and in ports must be linked to building sustainability and resilience, and how they are promoting/ensuring this globally.

A final view came from Alistair Gale, Director of Corporate Affairs, Strategy and Thames Vision, Port of London Authority, talking about how and why resilience is part of the long-term Thames Vision 2050 and how they are considering the expected and unexpected impacts of climate change and other uncertainties.

The programmes feature comment from industry leaders and thought makers, including Robert Courts MP and Baroness Brown, as well as stories from organisations and professionals that are driving efforts across both sectors towards a positive future.

Richard Ballantyne, Chief Executive of the British Ports Association commented: “Our ports are a source of great national pride. There is much to celebrate in their value to communities and industry across the UK, however we must remain committed to the country’s net zero target and take inspiration from some of the stories featured in Gateways to Growth”.

Making Waves: The Future of Shipping, presented by Rob Bell, can be seen in full at makingwaves.ukchamberofshipping.com

Gateways to Growth, presented by Dr Tessa Dunlop, can be seen in full at gatewaystogrowth.britishports.org.uk