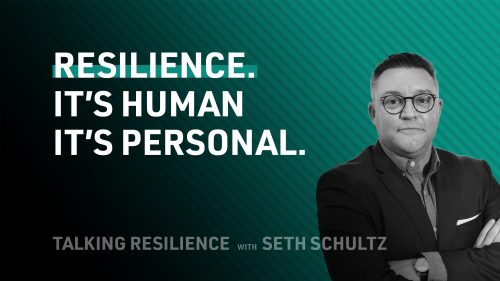 I’ve been working on issues of the environment and climate change for over two decades. We have, without a doubt, moved the needle around awareness of our changing planet and the need to mitigate emissions. But that awareness in terms of critical infrastructure resilience and adaptation, and the development of a community of practice around these issues, is lagging far behind.

It’s becoming more evident that the impacts associated with the damage we’ve already done  to our climate is having increasingly severe effects around the world on our infrastructure, on our way of life, on our communities.

In 2019, I made a personal commitment to begin focusing more explicitly on this issue for the coming decade.

I kicked this off by working with the Global Commission on Adaptation as a senior adviser, and in 2020 accepted a role to lead this organisation, The Resilience Shift, focused on resilient infrastructure, bringing more awareness but most importantly, action, to helping the world catch up in addressing the issues we are now facing on a regular basis.

Increasingly our worlds have become more complex and more interconnected than ever before while also becoming more stressed through global trends such as mass urbanisation, globalisation, disruption by the 4th industrial revolution, and the significant growth of our global population. As such, it is becoming more urgent to understand the interdependencies between critical infrastructure while ensuring that resilience is applied as a fundamental principle. When we fail to do this, it is becoming more apparent  that if one facet of our infrastructure fails, there’s a chain reaction to everything else.

Increasingly to help human productivity, prosperity, and safety, we need a much deeper understanding of the interconnected relationship between these issues. We must build more resilience into them so that when undoubtedly failure does happen, we’ve got more robust mechanisms to prevent the cascading series of effects that we’re seeing, whether it’s in Australia with bush fires, or Indonesia with flooding.

I’m from New York City and it was a huge learning experience to see what happened with Hurricane Sandy, as you saw one piece of infrastructure go down, cripple another, then another. The end result isn’t at all where you started. Again, it demonstrates the interconnected relationship between, in this case, the transit system, the energy system and the built environment.

While complicated issues like resilience can seem large and hard to grasp, a more direct and personal way to look at it is that resilience, and how human beings deal with everyday life, is the quintessential expression of resilience.

One of the reasons that I remain optimistic after working in this space for so long, with all the challenges that we’ve had around climate change and more, is my undying confidence in humans. We’re the most creative and adaptable species on the planet.

I have been directly involved in some of the largest disasters to have hit the U.S. over the past 20 years. During that time, I have seen first-hand after 9/11 in 2001, after the black out that hit the north east of the United States in 2003, during the response and recovery after Hurricane Katrina in New Orleans in 2005 and after Hurricane Sandy hit NYC in 2012, the unwavering resilience of people and their ability to bounce back together, wiser and stronger. It is this deep belief and confidence in the human spirit that is what propels my optimism.

That inherent resilience and our ability to hope, and to come together and adapt,  is so critical to our future and where we go next. That’s what resilience is to me personally, and we need to work really hard to build that human quotient into everything else that we do, including our infrastructure.

Seth Schultz shares news from Race to Resilience at New York Climate Week, along with our new film series, Resilience Engineered, that can help you to build the business case for resilience in your organisation, and plans for the COP Resilience Hub.

Why we must put future generations at the heart of institutional and systems decision-making, as in the recommendations from the For Thought report, and from our own work setting up Youth Advisory Councils.

At all scales of leadership, we must deliver on aims to build a safe, sustainable and resilient future, whether through our strong support for global action, or through our business leaders choosing to shape their organisation’s future around transformative change.