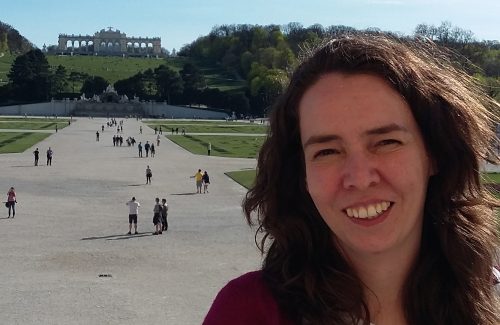 The Resilience Shift talked to Sarah Reeves, one of the TRL team behind the Roads and Rail resilience primer. As part of its development she interviewed individuals working across the road and rail sector, and we were keen to hear her reflections.

What’s your perspective on resilience as a topic?

I see resilience as quite a broad overarching topic, it covers lots of different things. People can sometimes use the term slightly differently for example relating only to current events or speed of recovery, but I prefer the broader definition. I would say resilience requires taking into account things that could happen in the future, climate change or new technologies, and being able to cope with any kind of disruptive event. Being resilient involves preparing for events, managing them effectively when they occur, recovering from them quickly and learning from them. I would see resilience as something that is quite broad and overarching.

There are common themes that we identified from the interviews. For example, it’s difficult to stop people thinking about the short term and looking longer term. There can be too much focus on specific assets instead of looking at the whole network as a system. Also because of the way organisations are structured, teams might work on pavements, bridges, or operations, and they don’t always communicate or work together as effectively as they could. There can be a lack of communication with other organisations, so they know what they are doing internally but when they need to speak with others, the communication isn’t there.

One big issue is the terminology. People use different terms to mean different things, often with slight differences, and it’s a growing and evolving subject area so it’s difficult to define terms such as resilience, vulnerability, risk. Everyone defines them a little differently which doesn’t really help with the communication (see Resilience Shift definitions). 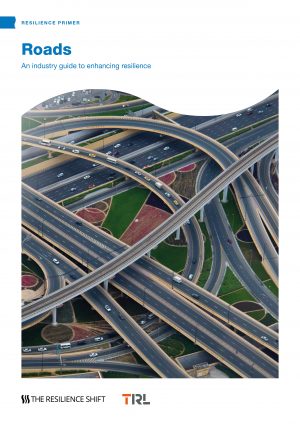 What is the most important thing we can do to enhance resilience?

The most important thing is changing mindsets and the way we think. There is a tendency to do things in a business as usual way, how we’ve always done it. We need to try and get people to think a little bit differently.

What will help to change mindsets in that way?

It’s about raising awareness and we just have to keep plugging away at that. Often it takes a big event to really make people think. When there are major floods, suddenly everyone is thinking about flooding, and what we could have done better. Trying to get that focus without the impetus of a big event can be quite difficult. People are thinking about their immediate problems and what they have to do today. It’s a stretch to shift the mindset and build capacity into busy lives to allow the time to think about the future and about what could happen.

Uncertainty is difficult to deal with as well. We can’t say that one particular stretch of road is definitely going to be affected by this hazard at that point in the future. We can only say that there is a high probability of this type of hazard occurring. When we are talking about probabilities and uncertainties, people find it difficult to prioritise. It’s human nature to want to deal with the certain problems we have today, and not try to deal with uncertain problems in the future.

From your research, what is having the most impact on improving resilience?

In my view, there are lots of little levers that all work together and give you that momentum. It’s not one thing that improves resilience, it’s multiple actions throughout the industry. It might be a particular regulation or a particular change in funding. It be more awareness, or driven by an individual who sets up a team to drive it forwards. One thing on its own probably won’t be enough and you need all those things working together.

Ultimately, it’s about embedding consideration of resilience into all decision making, and in the different stages of your project, and into all the different parts of your organisation. 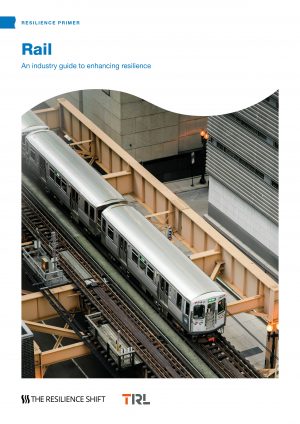 What is the link with climate change adaptation and mitigation?

Climate change adaptation is part of being more resilient. We need to understand how the climate is changing and how this will impact on infrastructure so that we can future proof our infrastructure so that it is resilient to the future climate. We should do this in as sustainable way as possible, so that we minimise the greenhouse gas emissions produced by adaptation actions.

Were the people that you interviewed already thinking about resilience?

We selected interviewees and organisations who knew something about resilience and who were already working in that area, so they could tell us the types of things they are doing. Everyone we spoke to is aware of infrastructure resilience and understands its importance. They are mostly trying to work within their organisation to ensure that other people also understand the importance of resilience and to put in place the levers to encourage actions to improve resilience.

Where is the transport sector in terms of resilience?

In the Roads resilience primer we shared an interesting graph where we looked at the use of the word ‘resilience’ in literature. You can see that in the last 5-6 years it’s really shot up and that does reflect what is going on in the industry. There is much greater understanding of what resilience is, but there is still a long way to go in terms of dealing with it and improving it.

What was your main take away from interviewing people?

It was interesting talking to people on their different approaches and on the different focuses they have. For example, we talked to one person about what they are doing in planning, and how all their contractors have to do a risk assessment at the start of each contract. In another interview, an organisation talked about how they are reviewing their standards and changing design standards to cope with different weather and the changing climate.

We can see that everyone is working on resilience but working on it from different angles. It would be good to get them all together so they can understand what others are doing in the different areas. There would be a lot more progress if they could learn from each other more effectively.

What role can the Resilience Shift and others play to support that?

There is a need for facilitation, to get people from different countries and different sectors talking. When you look at the five different resilience primers (Roads, Rail, Ports, Potable water, Electric utilities) you can see there are common themes from across the different sectors, and the Transport sector can learn from these other sectors too.

There is a role for facilitating those discussions, working out what the common themes are and then getting people to discuss each element.

We need to move on from just raising awareness because people are more aware now. We must focus on what we do about it, and on learning from each other about implementing solutions, such as embedding resilience into contracts and processes, into procurement, and into all the different types of things that all infrastructure sectors do day to day. We can support this by helping sectors to learn and benefit from discussions with each other and from working together.

With thanks to Sarah Reeves, noting that since the primer was published earlier in 2019, Sarah has recently moved to a new role at DEFRA.