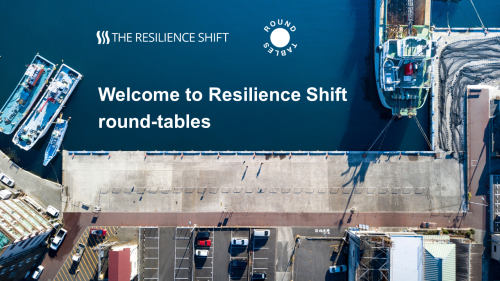 As part of the Resilience Shift round-table series, a meeting was held in London on 26 November 2018 to explore the challenges and opportunities for the resilience of ports and logistics. 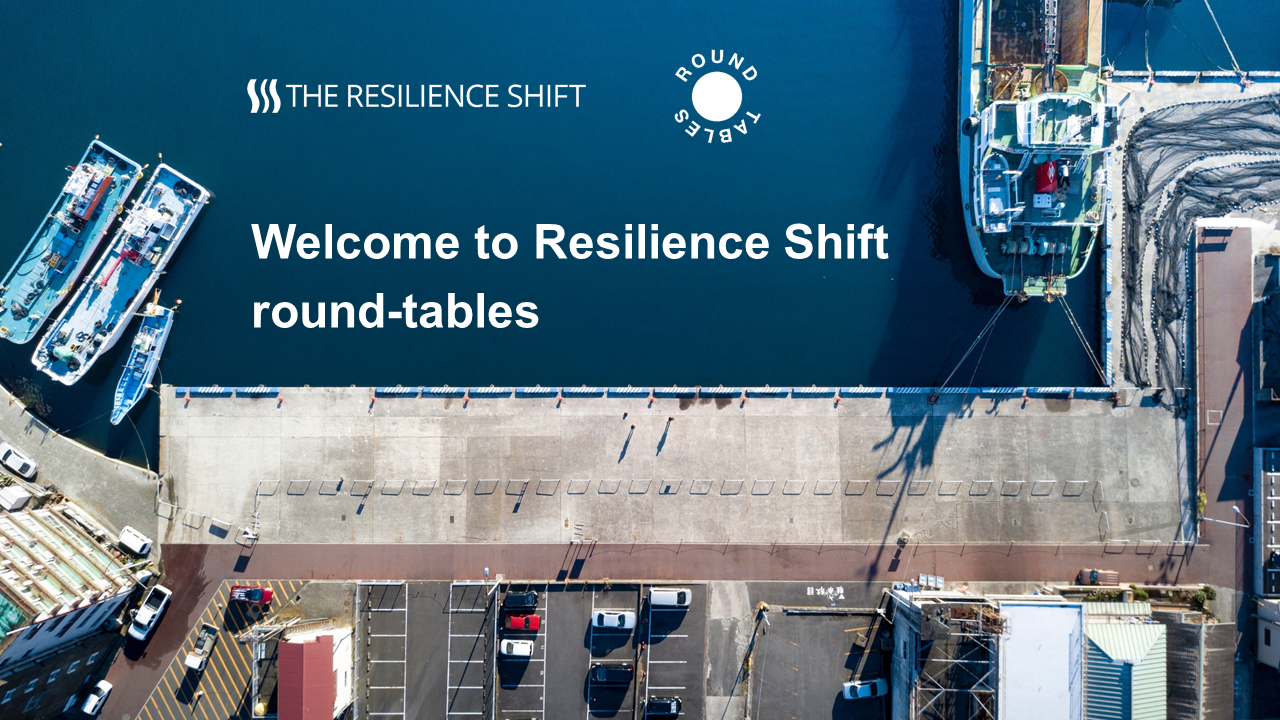 The discussion was predominantly focused on the UK, but participants could draw on international experience.

The round-table provided an opportunity for participants to consider the role of resilience thinking for sea ports and associated logistics operations. We designed the event to stimulate conversation among port operators and their supply chains and to cultivate a network of decision-makers within the sector.

The day included activities to facilitate discussion on the nature of critical infrastructure within ports, directly connected to ports and further afield as part of a wider system.

We asked participants to consider the impact of possible shocks and stresses on ports and logistics operations and the perceived control that stakeholders have over managing potential impacts. 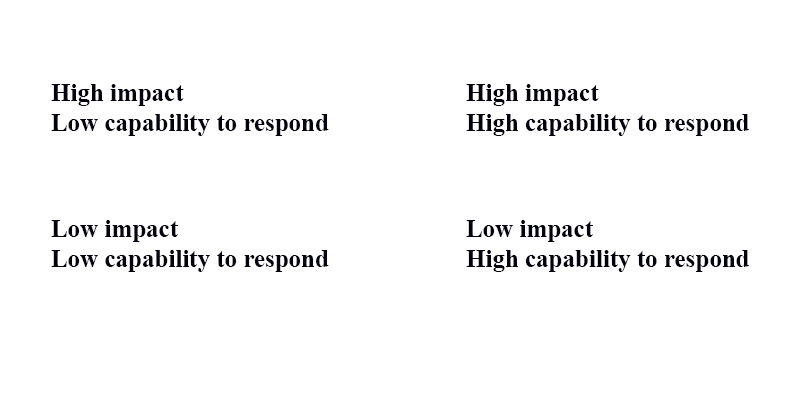 They mapped their responses onto the impact/response capability matrix shown here, which provided the basis for discussion around commonalities and differences in perspectives. We aimed to ultimately identify possible effective interventions to help increase the resilience of the sector.

Our discussions explored various avenues, including fragmentation across organisations, communication and data needs, guidelines for climate change management for ports, and the role of systems modelling in improving port operations.

We observed that a clear issue for the broader sector’s resilience is significant fragmentation between the various UK ports, which stems from the nature of their privatised operations.

While individual organisations demonstrate confidence in their ability to manage their own operations, there is little impetus for coordination when it comes to preparing for/responding to more systemic issues or unexpected events.

The limited capacity of road and rail networks was cited as a major concern for the resilience of the supply chain in the movement of goods across the country. A lack of 24-hour port operations was also cited as a barrier to operational efficiency, but that it was not commercially viable for many to support 24-hour business.

Some suggestions for future action that came from the meeting included:

Designed and facilitated by Peter Guthrie, Kristen MacAskill, and Francesca O’Hanlon, of Cambridge University Technical Services, the Resilience Shift round-table provided participants with a forum for collaboration in which they could share concerns without the threat of undermining their competitive edge. Given the commercial nature of the sector, the value of this should not be underestimated and it can undoubtedly strengthen the resilience of the sector.

Thank you to all our participants and collaborators for a very productive and interesting session.

The next Resilience Shift round-table takes place in Berkeley, USA, in January 2019 and will focus on city scale modelling and its role in critical infrastructure resilience.