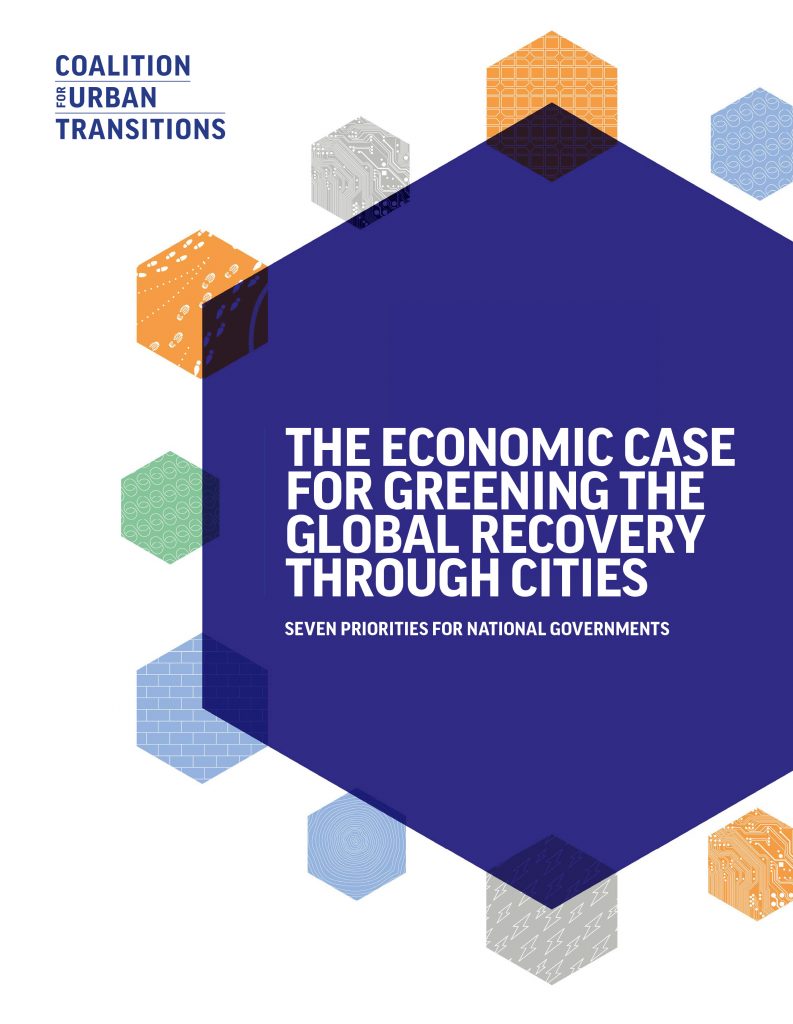 Launched in September 2020, the report by the Coalition for Urban Transitions, supported by The Resilience Shift, highlights the economic case for greening the global recovery through cities to explore seven priority areas for national government investment. These priority investments can yield substantial economic dividends, rapidly create and protect millions of jobs for vulnerable population groups and deliver quick and durable health and environmental benefits for citizens, all whilst contributing to long-term urban resilience.

Cities have been at the epicentre of the COVID-19 pandemic, but they also offer an opportunity to accelerate the transition to a resilient, equitable and low-carbon future whilst responding to the crisis and its economic consequences. National government leadership is critical for realising the low carbon investments that mayors and local governments are making, or plan to make, within their urban recovery strategies.

This paper analyses seven key areas of investment for national government decision-makers and key urban stakeholders to shape fiscal stimulus packages for a green, resilient and inclusive economic recovery in the aftermath of the global health pandemic.

Chosen using criteria such as the potential to generate jobs and social, environmental and health co-benefits, investments in these areas are financially sustainable beyond initial stimulus efforts.