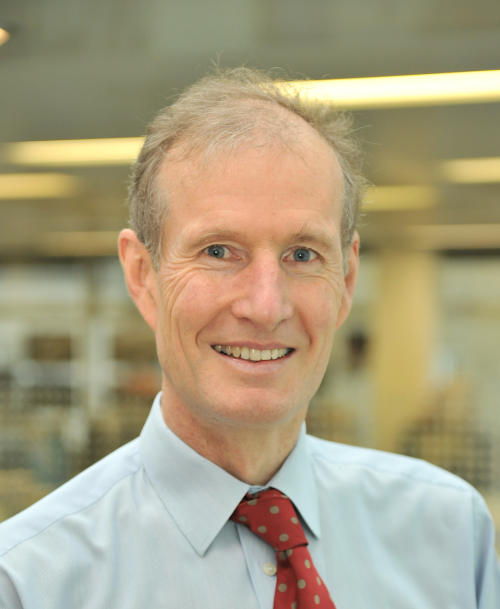 As maritime lead for Arup in London and global maritime skills network leader for the firm, Clon Ulrick has spent his career working with ports, coastal engineering and waterfront developments. We interview him on why ports matter to all of us and the challenges he sees for the sector. How can we make this critical infrastructure resilient to future shocks and stresses both expected and unexpected?

What does resilience mean for ports?

In the marine sphere, resilience is about dealing with uncertainty and being adaptive to change. There is growing understanding of the issues around sea-level rise, increased storminess and so on, but the commercial models in the ports sector are also terrifyingly uncertain. Something like Brexit might change the markets overnight.

We can predict long-term trends, for example, ships are getting larger, and routes are likely to start travelling through the Arctic due to sea-ice melting, but we can’t always plan for other things that can change suddenly and unpredictably. Many ports are heavy exporters or importers of specific goods e.g. coal. What happens to them when people don’t buy coal anymore, and government policy is to close coal-fired power stations? Resilience is all about being able to deal with those predicted and unpredicted changes.

There is a time factor too. Many ports have got structures which are 100 years’ old, and we design new civil infrastructure for at 50 years typically. However, the technology might be quite different in 20 years’ time, let alone in 50. Ships, cranes, cargoes might be different too, and commercial models can change overnight due to factors that are completely outside the control of ports.

How resilient are port structures?

What is quite interesting is that many of the older structures, apart from not being deep enough, are still functioning effectively. Older ports were built to last and tend to be more resilient structurally, more easily repaired and can be re-purposed more easily than many modern examples. We find that newer structures are built with reinforced concrete which is degrading, or steel sheet piles which are corroding. The newer materials are more cost effective but have a shorter design life and are less robust in the long term than old materials such as mass concrete and rock. Modern analysis has allowed more recent structures to be designed to tighter factors of safety compared to older design methods. Sheetpile walls are more challenging to repurpose than traditional ‘gravity’ walls, which are stable from their own massive weight.

When it comes to asset management it’s often the newer structures that are no longer fit for purpose before the older ones. That’s a global concern. 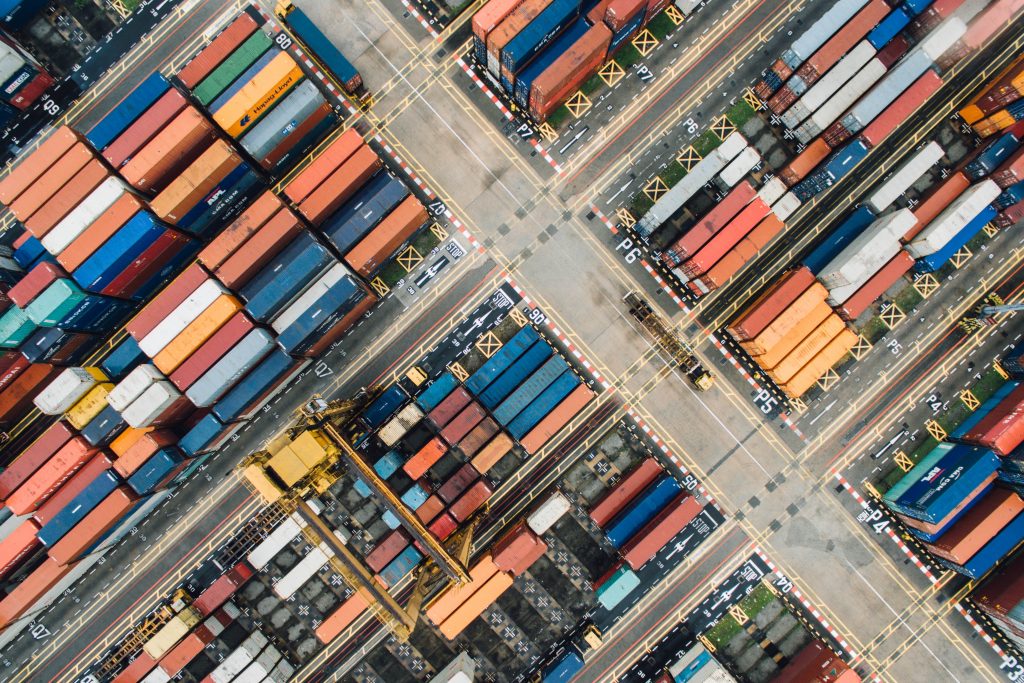 How important are ports?

In the United Kingdom, 90% of our imports including food, and the bulk of our trade relies on shipping and will continue to do so. Many ports are privately owned, and they compete against each other. They are dependent on commercial factors. If a harbour authority has a commercial relationship with a shipping operator it may have to upgrade their facilities in response to that operator’s decision to use larger container ships. If that operator subsequently decides that they’d rather go elsewhere, that investment is wasted.

Unless they intend a major expansion and need planning approval, there is very little in the way of government intervention. The long-term UK government approach to ports has been, in essence, to let the market decide. British ports are not resilient in that respect because there isn’t a strategic government steer as to what the nation’s needs are and how ports can best meet them. My colleague Ana Ulanovsky wrote a Perspectives piece on this issue: Finding a voice for UK ports.

Where ever a port is in the world, it can never work by itself, it’s part of a complex network that is linked through railway lines and roads to the rest of the country. If that network breaks down that port is left stranded. Ships can generally go to another port but if all ports stopped functioning in an area it would be disastrous. There’s an amazing world-wide network of dependency on ports. There is however no global equivalent of the UK Major Ports Group, or the British Ports Association for smaller ports. Each area of the world has its own arrangements. Perhaps it’s time to create a global ports association?

Some governments, in Europe and China, for example, have been more proactive in realising that their nation needs ports with facilities and have taken an active role in investing.

What lessons can we learn from Rotterdam?

Arguably, one of the most successful ports in the world is Rotterdam. It’s well organised, thinks ahead and is resilient. They’ve thought about where the market’s going and invested to be prepared for those changes.

This video from the Port of Rotterdam gives us a useful insight into its work.

It’s clear that they’ve avoided short-termism and invested for the future.  Many of the UK’s biggest ports are privately owned, they are accountable to shareholders focused on short-term returns. That encourages short-term thinking which might make sense commercially but doesn’t always help when it comes to resilient infrastructure investments.

The relationship between Rotterdam port and Rotterdam city is also important. Town and port often see the other as an unnecessary nuisance. Rotterdam city recognises that it wouldn’t be there if it wasn’t for the port, which realises that it must get on with the city in order to thrive. They’ve managed this relationship very effectively and this is essential to create a sustainable port.

The port is integrated with its surrounding infrastructure but also with its political will and even socially. It takes work to make sure that a city is aware of what the port offers in addition to jobs. Rotterdam Port is also well networked with other countries upstream.

The important point is that the ships can always go somewhere else if they choose to, but they go to Rotterdam for the long-term because it’s cost effective and it’s well connected, and they recognise the benefits of investment. 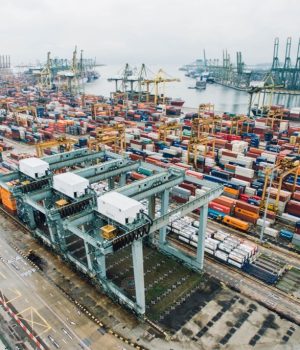 An example of a relatively new development affecting ports is offshore wind power. This is a thriving sector which needs ports with large areas where you can assemble the equipment, and which must carry very high loads. The components are taken out to sea using extra wide ships which need very sheltered conditions within the port. Many UK ports don’t have the special facilities required and won’t invest in them unless they know they are going to get a large contract. In Europe, governments have realised that there’s a need for these ports to support their energy policies and have invested. A developer of offshore wind farms would prefer a European port that has facilities ready now, rather than having to negotiate with a British port that doesn’t have those facilities, then wait while they get environmental consents and build it.

Ports can have large areas of land or be holding more land than they need now. Their big challenge is whether to keep that land until it’s viable for some future use, or to release it for other uses. If they release it for development of residential property, then it is lost forever as a port.

Port land in city areas can be very valuable for other uses. For example, along the tidal Thames, there has been a steady loss of smaller wharves and conversion of the land to residential uses. This is despite a safeguarding policy by the Greater London Authority to stem this loss. This means that the opportunity to transport bulk materials in an out of the city by river is steadily reducing and more materials get transported by road.

Conversely, there are many fantastic examples of how waterfronts have repurposed themselves in different and interesting ways (V&A Waterfront in Cape Town, Barangaroo in Sydney etc). Ports often can’t do that by themselves so that’s a very different challenge for them which requires a step change. An exhibition at Arup, originally showcased at the Venice Biennale, explored some interesting examples from across the globe of how city ports are developing.

What needs to change?

There’s no one size fits all. We’ve talked to port authorities often about their challenges. One thing we remark is that ports will give projections of their future trends for cargo, port growth and so on. It’s our belief that these are no better than an educated guess in practice. Even if a global trend might be thought to affect a specific port, looking back, there have frequently been massive changes affecting ports which have been hard to predict.

The most important thing is for them to think how they can remain resilient while allowing for those changes. What might those changes be and how might they re-purpose their facilities?

We have previously developed high-level future thinking such as research into the Future of Ports. Between that and the actual engineering, there is quite a big gap. At Arup, we are working more  on that with our clients in an advisory capacity. We are also contributing to the Resilience Shift work on ports and logistics from the perspective of critical infrastructure resilience.

With thanks to Clon Ulrick of Arup Maritime Engineering. For more information on the Resilience Shift’s work in this area, please see Project 3.3 Global Supply Chain and  Resilience Shift Round-table Ports and Logistics 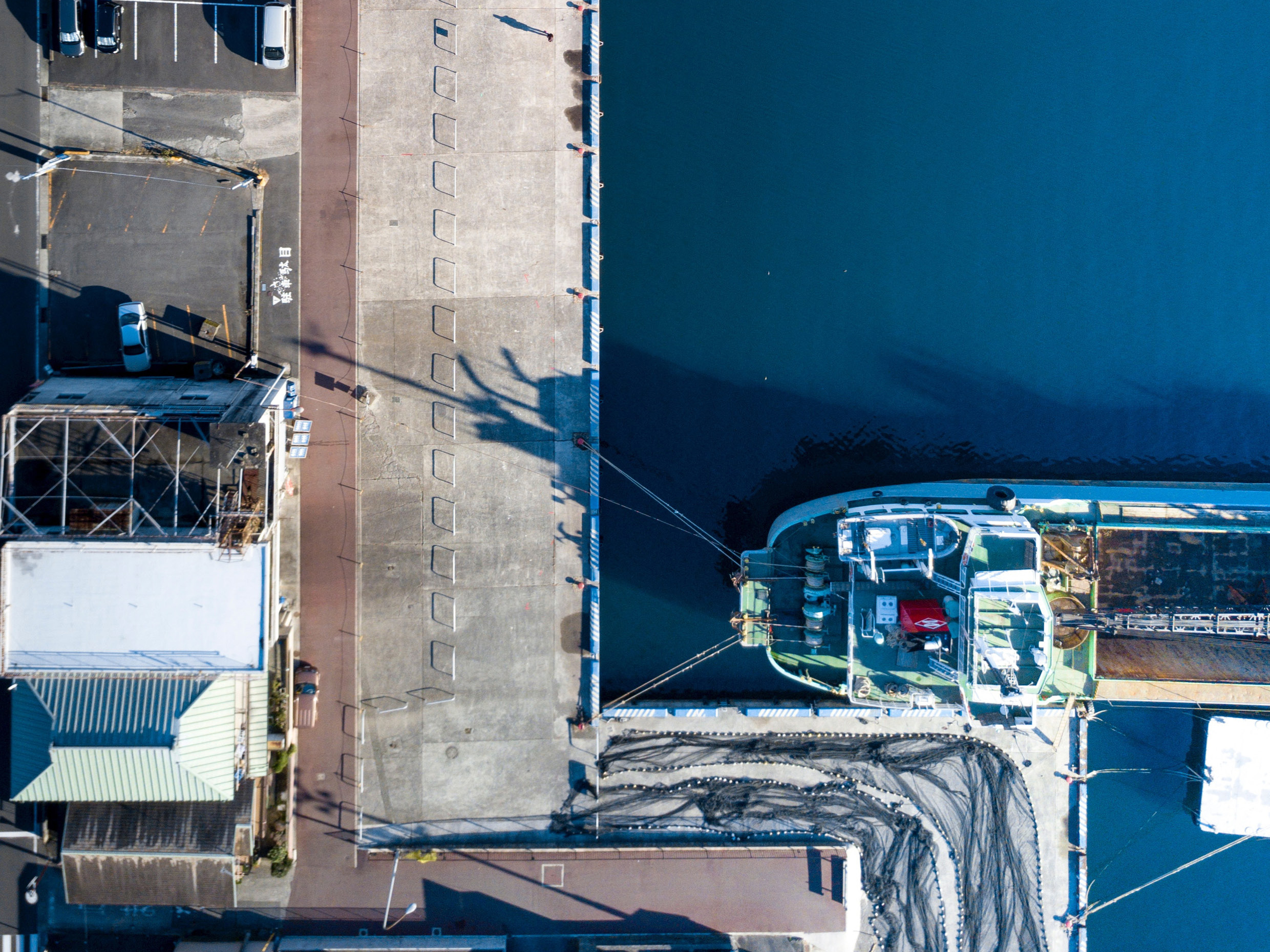 The UK has commitments in place to reduce carbon emissions to 0% by 2050. However to achieve this, carbon reduction needs to be embedded in the planning, design and whole life of assets. Engineers have a key role to play in enabling this to happen by understanding how climate change affects their roles in terms of mitigation and adaptation. WFEO committee member Davide Stronati examines the climate change position in the UK.

Kenya has experienced an increase in droughts and floods in the last few years due to the effects of climate change. WFEO Engineering and the Environment committee member Christine Adongo Ogut looks at how climate change is affecting Kenya, and what is being done to reduce carbon emissions in the latest WFEO climate stories blog curated by ICE.

How do you measure resilience? The Resilience Shift talks to resilience pioneer, Dr Murali Chandrashekaran, about why people do the things they do, and the need for a human-centred approach to resilience – along with solid data to support it.