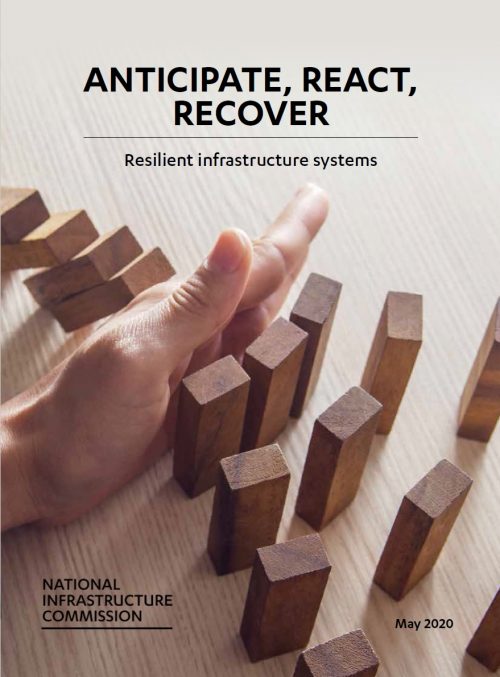 On Thursday 28 May 2020, the United Kingdom’s National Infrastructure Commission released its report and recommendations on the resilience of the UK’s infrastructure. We spoke to Tom Hughes, Senior Policy Advisor, about its launch. 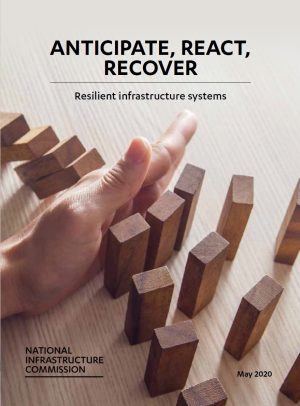 Anticipate, React, Recover: Resilient Infrastructure Systems represents the culmination of work commissioned by the UK Government in 2018. The Resilience Shift, and its host organisation Arup, have contributed to the consultation along with many other public and private sector firms around the UK and internationally.

Sir John Armitt, Chair of the National Infrastructure Commission (NIC), said: “To safeguard the systems our communities rely on, everyone involved in running infrastructure needs to anticipate and prepare for potential future challenges. The framework proposed in our report offers the tools to face uncomfortable truths, value resilience properly, test for vulnerabilities and drive adaptation before it is too late.”

Reflecting on the purpose of this report, Tom Hughes said, “We want to start a national conversation about infrastructure resilience. It’s clear that there is a willingness to have that conversation right now with the coronavirus crisis front of mind, although it’s certainly not the context we imagined at the start.”

The Covid-19 crisis brings home why resilience matters and reinforces some of the key messages, but the report has purposely not been reverse-engineered to reflect the pandemic. Tom explained that they have followed an all-hazards approach and aimed to consider resilience in the round. This means they have focused it on building resilience to all shocks and stresses, rather than on specific or immediate threats.

Many countries have infrastructure bodies of some sort.  Often these organisations’ starting point for resilience is to focus on the national security aspects. The NIC’s focus on policy, with a longer-term outlook is important. It aims to provide a genuinely cross-sector perspective, operating as an independent ‘arms-length’ advisory body. 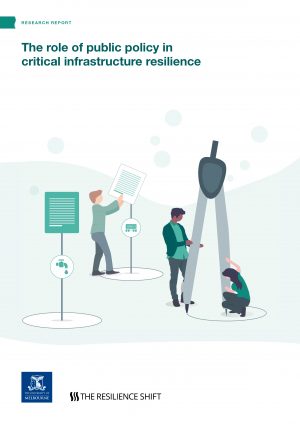 Set up in 2015, the NIC engages with other global and national organisations and consults widely. Tom highlighted some particular work they found useful in framing the consultation, such as a recent US Government report on critical infrastructure describing it in terms of its function not assets.

This aligns closely with the Resilience Shift’s approach to thinking about infrastructure in terms of what it does, not what it is. Tom noted, “The Resilience Shift’s work has been useful, particularly the report into The role of public policy in critical infrastructure resilience. Its cross-sector public policy focus makes it different to other reports.”

Juliet Mian, Resilience Shift Technical Director, but with her Arup ‘hat’ on, led a team advising the NIC on the systems mapping of infrastructure decision making, looking at the levels of service provided against broader resilience issues. 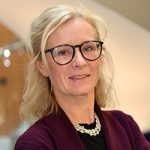 Juliet comments “This evidence-based system mapping provided some useful context for the policy and decision-making landscape, confirming through research and evidence many of the challenges around fragmented decision-making overlaying highly interconnected systems.”

The report covers the whole picture of critical infrastructure sectors and initially sets out a framework for resilience looking across water, power, digital and transport. It aims to establish common terms for resilience for the UK and is structured using Anticipate, Resist, Absorb, Recover, Adapt and Transform.

Tom says “What’s difficult is that resilience is perceived differently depending on who you are, and what stage you are at – immediate event response, or long-term planning, for example. There is a clear need to define what resilience means, but it is also a dynamic concept that has to change over time. We’ve aimed to set out a framework that provides consistency and continuity while taking that into account.”

The report further sets out a series of recommendations. 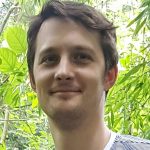 Tom highlights how difficult a challenge resilience is. He said, “We need to be honest, it’s a complicated picture and every sector has many interdependencies that require a lot of detailed thinking.”

“Just because it’s difficult, we can’t not think about it. It’s more important than ever and we will be facing more and more hard choices in the face of big long-term challenges such as climate change, technology and social demographics”.

When asked about the alignment of those involved in the consultation, Tom said, “There is broad agreement that resilience is important, but sectors have evolved differently or have innate qualities that affect what they can or can’t do. For example, digital infrastructure is quickly replaceable compared to that in water or rail where it may last many years.”

In conclusion, he added, “There are clearly different paces of change and approaches to resilience. We hope to have found some degree of consistency that doesn’t seek to override difference with a homogenous approach that just isn’t going to work, but rather complements that and enables broader thinking.”

Juliet Mian added “The framework of Anticipate, Resist, Absorb, Recover, Adapt and Transform is one that we find ourselves referring to frequently as we all travel through the current crisis.  The importance of decision-making during recovery to make sure that our infrastructure systems do adapt, and do transform to enhance future resilience, particularly thinking about the even greater crisis that climate change threatens, is very immediate, and very urgent.”

Following the report’s launch, Sir John Armitt, the NIC’s Chair is speaking at a Resilience First webinar on Shaping our national infrastructure on Tuesday 2 June 2020.