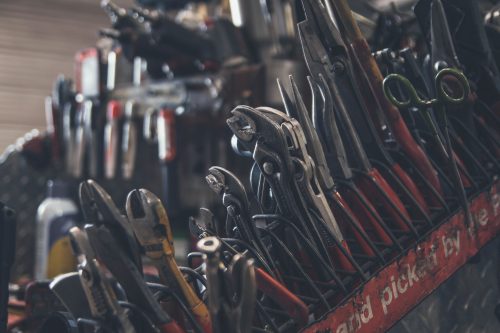 In November 2018, we joined leading infrastructure developers and investors at a conference of global resilience measurement experts to examine how to strengthen approaches to mounting threats facing communities world-wide. 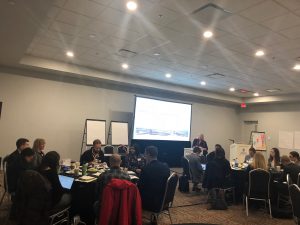 Participants from a range of key stakeholders involved in financing, designing, procuring and delivering resilient infrastructure came together to discuss needs, challenges and solutions to drive adoption of resilience tools and approaches.

Representatives from the engineering sector included the US Army Corps of Engineers, Mott MacDonald, Wood and government officials from New Orleans Office for Resilience were joined by The World Bank, Standard and Poor’s, 100 Resilient Cities, the Rand Corporation and Alliance for Water Adaptation, together with academics from leading research institutions, and experts from a host of international NGOs and development agencies.

The Resilience Shift hosted a closed workshop session on the final day of the RMEL Conference, that focused on ‘Making Resilience relevant, tangible and practical: tools and approaches’. With support from the Global Infrastructure Basel and The Schumacher Institute.

The Resilience Shift wants to make tools and approaches that contribute to enhancing the resilience of critical infrastructure more accessible to whose will benefit. To do this, we want to explore the need for a repository of tools and approaches for practitioners globally – see our website for details.

The day involved discussions around user needs and how tools could enhance resilience of their work, whether on infrastructure projects, investments or operations. We also asked attendees whether developing a platform to host resilience tools and approaches is a good idea. We got some great responses, that have helped to broaden our thinking, with several key themes emerging:

Need for partnerships – several participants stated the importance of partnering with other organisations to maximise the uptake of tools and approaches. However, caution should be considered around the security and accessibility of tools, with a proposition of third-party vetting.

Complexity of approaches – it was said that we should have different tiers of tools. From those that can provide a ‘scan’ to those that are complex, with a description of their strengths and limitations.

Building a trusted user community – participants said that there can be a hesitation to use tools. But some said we could overcome this if we share stories about tools, inspiring others looking to implement them. Someone suggested this could include forums or self-help group for both users and developers; StackExchange being a great example. It was also said that users will use tools as they see fit, and that developers should stand back and let people use their tools – this has tremendous value.

Bespoke user interfaces – participants discussed whether we should outline the resilience challenges faced upfront, and then suggest tools that may be able to help. Currently, our assumption has been that people will know what tool they are looking for, when often they won’t. While others suggested that there should be unique welcome pages for users with different needs; a good example being the ITC Standards Map.

The workshop also focused on tool developers, with several providing an overview of their tool or approach, including:

Additionally, we also asked developers what their current needs and challenges are. The following themes emerged from this discussion:

Identifying the problem – this can be difficult. Someone said that we need to understand the broader context when developing tools and approaches and those end-users. While another said that we should engage in more fruitful conversation so that we value and recognise with empathy how tough this is.

Stakeholder engagement – several suggested that we need to personalise it. Communicating the value and benefits of resilience is important. It also shouldn’t necessarily be just individual project or organisation benefit, but also the benefit to the wider public.

Short term vs long term – one attendee said “Resilience is a long game and we are stuck in a system of short term”. Another said that stakeholders aren’t seeing value in the long term, and are often held back by political cycles.

Moving away from success and failure – instead we could just talk about what happened. Someone also said that we should look to organisations who may have solved a problem, and learn from that.

Data availability – We often go with qualitative estimates, rather than quantitative because it is easier. It can be difficult getting access to, and collecting the right data and subsequently other cities or benchmark solutions. Someone argued that Colab was an interesting solution that provides a crowd-sourced platform to identify infrastructure issues.

Do these points resonate with your own issues and requirements? Are you a tool developer or end-user? If so, we’re aiming to host an additional workshop in Europe in early 2019 and we’d love to hear from you to see how you could get involved.

Our workshop formed part of The Resilience Measurement, Evidence and Learning (RMEL) conference which was organised by the RMEL Community of Practice and took place in New Orleans, USA on 12-15 November.

Download a suite of City Water Resilience Approach resources and publications including the full methodology, the OurWater digital governance tool, and reports that capture the challenges of 9 cities worldwide as they build their urban water resilience.