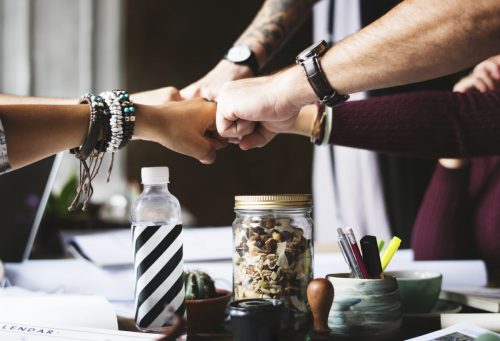 This post discusses the potential barriers to collaboration across infrastructure sectors.

We – the Resilience Shift – recently held a consultation exercise with Arup staff about critical infrastructure resilience. Many people talked a lot about the problems of working in ‘silos’. Here is a summary of the main issues raised….

Many felt that there was no one consistently and actively promoting cross-sector collaboration. People gave a range of responses for who should taking responsibility, which included: Governments, regulators, infrastructure operators/owners and the supply chain. But no one potential leader stood out. At the same time, examples of where good things are happening: SCIRT (Stronger Christchurch Rebuild Team) and the Singapore Governments’ Centre for Project Management (CP2M).

Governments often have separate infrastructure departments, that builds divisions between sectors, and which can limit natural paths of communication. Some respondents suggested that countries with more centralised governments may have greater ability to facilitate collaboration; whereas in countries with more distributed control, it might be harder.

Some suggested that regulation and privitisation hinders collaboration. There was an anecdotal example of where knowledge sharing between the UK’s National Grid Gas and National Grid Electricity has been restricted by the regulator due to commercial collusion concerns.

The issue of how budgets generally constrain the scope of projects to single infrastructure systems came up several times. One person said it was “almost dangerous” how these restrictions prevented the development of understanding of the interactions between systems

Many were aware of infrastructure becoming increasingly interconnected, which can lead to unpredictable emergent behaviours. Others suggested that increased automation – and consequent loss of experienced staff – is reducing the number of people capable of collaborating meaningfully. As a result, some stressed that it will become increasingly important to make as much as possible of the experience of others in managing systems suffering stress or shock – rather than learning the hard way.

It was suggested that there is an increasing amount of digital data becoming available related to the use and behaviour of infrastructure systems. We were told that client organisations don’t exploit the use of this data as much as they could. As an example, one person talked about the potential benefits of Google Maps vehicle navigation data to infrastructure planners and operators.

Discussions around the barriers to working beyond single systems and assets often included the mismatch between “who pays” for and “who benefits” from resilience. People talked about the fact that investments in one part of an interconnected infrastructure system might have a great benefit in another system but there’s often no financial incentive, or the legalities may be too complex, for those responsible to create and own such investments.

There was a clear sense from the consultation that collaborating more would be hugely beneficial. And this is something the Resilience Shift wants to help with; particularly from the perspective of infrastructure supply.

We’re thinking about this now. If you’ve got ideas or want to get involved please leave a comment or get in touch.

Read our latest report on Understanding the Landscape here.

Download a suite of City Water Resilience Approach resources and publications including the full methodology, the OurWater digital governance tool, and reports that capture the challenges of 9 cities worldwide as they build their urban water resilience.

Ann Allen, CEO of the Chartered Institution of Civil Engineering Surveyors (CICES), hosted a screening of the first Resilience Engineered episode for CICES members. She shares reflections on the episode with us and highlights key points that were discussed among members following the screening.

Entries are open for the Resilience Realized Awards, a new collaboration between Wood and The Resilience Shift that will give recognition to projects around the world that are at the cutting edge of resilience and have demonstrated a comprehensive and thoughtful approach to building resilience in communities.