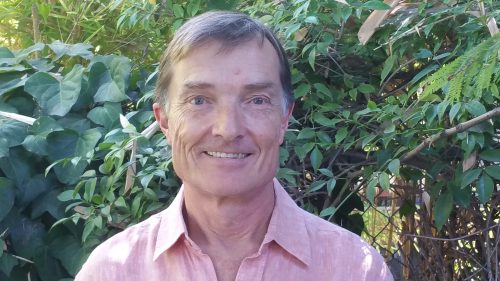 “We became human around a fire at night”, said Peter Willis, as we talked with him about the power of reflective learning. “Conversation is more primitive than we think”.

Peter has joined with The Resilience Shift to deliver our joint initiative on Resilient Leadership: Learning from Crisis. Together, we wondered how we could understand, in real-time, the challenges facing leaders during the coronavirus crisis, building on our project with him to learn retrospectively from the ‘Day Zero’ crisis of Cape Town’s 2016-18 drought.

Peter is interviewing twelve senior leaders, spread around the world, each week over 16 weeks to capture their reflective learning on decision making, resilient leadership and their own personal journeys.

The participants, though initially wary, have quickly embraced the opportunity for dialogue, and as a “balancing antidote to their decision-driven life”, as Peter expresses it.

He says that they appreciate the rarity of the moment, that they get asked to just talk and reflect. “They are monstrously busy but everyone has joined wholeheartedly. They know that everyone will contribute, and that they can learn from each other”.

Peter was confident that this would happen and appreciates that he has a talent for building rapport quickly. “I could be involved in these conversations all day, every day. They are food and drink to me”.

Listen to the podcasts with Peter’s reflections on the insights from participants, in conversation with Seth Schultz.

Peter studied History at Oxford University, specialising in mediaeval history. At the age of thirty he had a chance encounter with an astrologer who told him she could see his life’s work would be with people sitting in a circle. At the time of this insight he was working as a one-person business dealing in rare maps and prints in London. He dismissed the astrologer’s image as not relevant.

But he admits he had been inspired by training as a Samaritan suicide counsellor in his early 20s. “I really enjoyed listening to people tell their stories, it had an extraordinary power. Clearly the conversation had an effect on them and on me. Since then it’s gradually become part of who I am”. Only in his fifties did he realise that, sure enough, he had started running workshops for executives on leadership for sustainability and was, indeed, getting them to hold deep conversations – sitting in circles.

“It’s the reason I exist”, he laughs, but he means it quite seriously, “to help raise the levels of human intelligence, through conversation and dialogue.”

In recent years he has become increasingly interested in how organisations and their leaders respond when the unexpected happens. In particular, he believes it helps to give leaders the time to talk through what they did, so they can learn from their own experience. “There is great value to reflective learning about one’s own decision making and how one deals with that unique experience of meeting a crisis”, he says.

The Resilient Leadership initiative aims to distil the wisdom from enabling senior leaders to slow down and reflect in the company of an attentive listener.

Peter says “Intelligence is in part about understanding systems, being alert to people. This sort of intimate dialogue is a good way to help leaders surface their best insights.”

Originally from Kent, with periods spent in Yorkshire, London and the Cotswolds, Peter’s English manner belies his deep affiliation with South Africa. Moving there with his South African wife in 1994, keen to return post transition, and wanting to contribute, he quickly established himself as someone who could inspire others on the subject of sustainability. First with The Natural Step, a Swedish science-based conceptual framework, teaching business leaders about sustainability, then with the Cambridge Institute for Sustainability Leadership, running their 3-day residential seminars for senior executives. For these he chaired the expert faculty, a position he likens to being an orchestral conductor.

This role as expert listener, he says, is “the character that I am, as someone who discovered the power of listening”. From a small start, this has become a key part of his career and, after 12 years with Cambridge, he has run his consultancy, Conversations that Count, for the last 6 years, providing thought leadership and strategy events for a wide range of institutions and organisations.

He is also a believer in personal activism. He and his wife joined the Ecology Party in the UK in the mid-1980’s, installed a recycling container in their Cotswold town and hosted teach-ins there for local residents. This desire to turn a good idea into something tangible has resulted in numerous opportunities and interesting projects. The Resilience Shift first worked with Peter and his colleague Victor van Aswegen on the Cape Town Drought Response Learning Initiative, a project that originated when they wondered why no-one was asking the key people to reflect on what had happened. 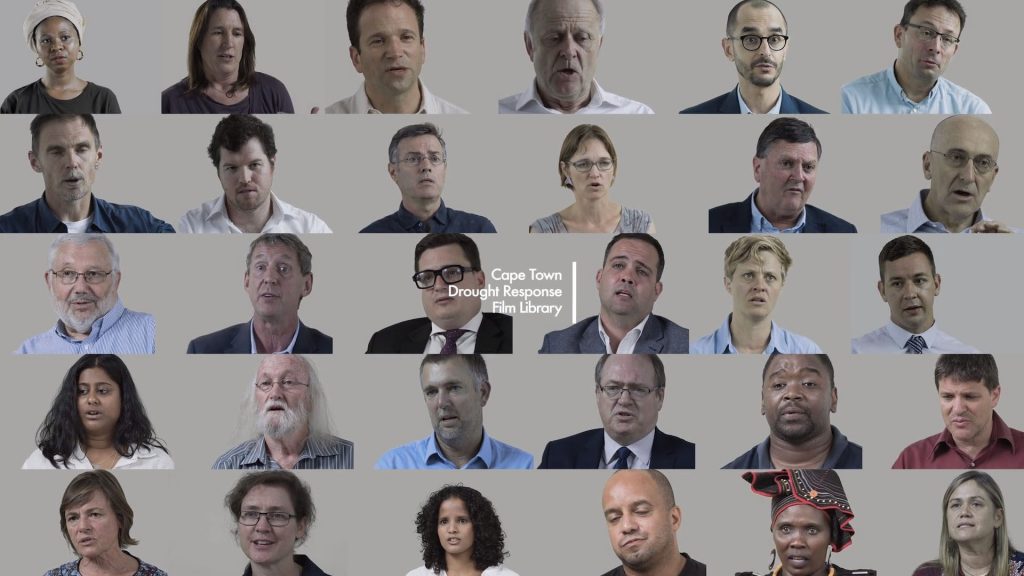 Having spent two years on that ground-breaking project, harvesting reflections after the event, it was a natural step to want to record in real time decision-makers’ responses to the Covid-19 crisis as it unfolded.

We talk about the personal value of the project for participants and for listeners. “Things are moving so fast with Covid-19. To give the twelve decision-makers a weekly opportunity to download in mid-stream enables us to capture how they are evaluating the crisis, what the issues are at the forefront of their mind, observing it changing each week. It’s a unique aspect to this project.”

There are also interesting connections between far-flung participants’ various insights. Peter also highlights what all start-up entrepreneurs discover, which is that what you think you’re doing never turns out to be what you thought. Things morph, and we can’t often see much further ahead than the present. This has been as true for most of the participants as it has been for Peter and the Resilience Shift team. All of them have had to change plans on the fly over and over, “But when one’s purpose is clear, those rapid adaptations usually work out and reveal new possibilities you couldn’t have foreseen even the day before.”

And Peter admits he is also learning – he says the penny didn’t drop about the impact of Covid until early March. A regional insurance conference he was running at Victoria Falls happened right at the point travel was banned, resulting in many last-minute cancellations. The remaining small group of delegates gathered together in what Peter describes as a feeling that the world was changing fundamentally around them. “It was not only one of the most intimate, bonded groups of people I’ve had the privilege to facilitate, we also reached an extraordinary number of creative, forward-looking agreements…and then we all flew away to our quarantines and a dramatically uncertain future. It was a powerful experience”.

When asked about the insights he is personally gaining from running this Covid-19 project he talks about how the ‘ordinariness of everyone’s experience’ is what stands out. He is not interviewing them like a journalist, but rather the conversation roams around what is interesting to them in the moment, with no agenda. There is a certain patience intrinsic to the process, and then “when I’m least expecting it, a golden nugget drops into the conversation”.

With thanks to Peter Willis.

Follow Peter’s weekly insights from participant interviews in our blogs, and listen to Peter and Seth Schultz reflecting on the insights in their regular podcast. See Resilient Leadership.