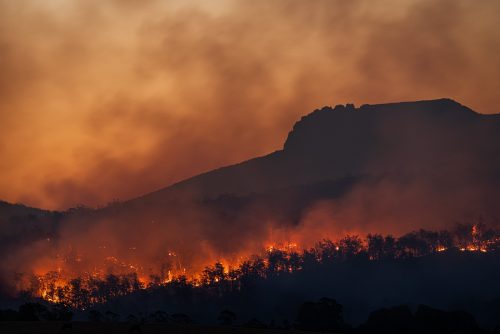 The findings in the latest Intergovernmental Panel on Climate Change (IPCC) report confirm unequivocally that ever more extreme heatwaves, floods, droughts, wildfires and other impacts resulting from climate change are endangering people’s health, jobs and livelihoods. This once again highlights the urgency for action to halve emissions this decade and to reach net zero as soon as possible, and to make a step-change to build the resilience of the global economy.

The world’s best scientists have confirmed what it means to live in the era of climate change. It means we need to build systemic resilience to the many consequences that are now unavoidable, while simultaneously strengthening strategies to reduce emissions as quickly as possible in a bid to prevent these impacts from getting any worse.

The UN High-Level Champions’ flagship campaigns – Race to Resilience and Race to Zero – are vehicles to tackle these twin objectives with myriad partners and thousands of cities, states, investors and businesses. The bottom line is that, unless emissions are cut faster than governments currently plan to, climate-driven damages will worsen rapidly and parts of the planet will become increasingly uninhabitable.

What today’s report shows, above all, is that the costs associated with climate change are already enormous and will accelerate catastrophically if warming continues. It does this by examining climate impacts that are already observable and underway, and which are likely to deepen in the future.

Adapting and building resilience to climate change is everyone’s business. It needs to be a driving force behind business strategies, investments and policies that get us on a trajectory to limiting warming to 1.5C, and avoid the worst impacts.

In doing so, we can ensure that people and nature can not only survive in a changed climate, but also thrive in spite of it, aided by a new zero-emissions, climate-resilient economy. More diverse food systems and regenerative agriculture can reduce supply chain shocks and feed growing demand. Mangroves and forests can provide protection from extreme heat and sea level rise. Insurance mechanisms at both the micro and macro level can support communities recovering from extreme weather events. Restoring damaged and degraded land can fortify nature’s defences against weather extremes. Early warning systems and flood defences can protect cities and towns from extreme storms and inundation.

As today’s IPCC report makes explicit, we have to build resilience to the impacts we cannot prevent, and use all best efforts to protect the nature and biodiversity that buffers us from rising sea levels and extreme heat.

As many recognize, across both the private and public sectors, climate action is often viewed primarily through the lens of the need to reduce emissions, or ‘mitigation’. We have eight months before COP27 in Egypt to address more concretely the challenge to upscale resilience efforts, a priority of the incoming Egyptian Presidency.

In the same way that businesses, investors, cities and regions have jumped ahead and set the pace for national governments in setting goals for net zero emissions, they can and must send the strongest of signals that building resilience lies at the core of humanity’s prospects for a climate-safe future.

Ultimately, our success will depend on racing towards our goals on resilience and mitigation with equal fervour: we must both adapt to our already changing climate and also ensure that commitments to cut emissions, such as those made at COP26 in November, turn into reality.

Only then can we ensure that people and nature prosper together to foster a healthy, thriving and safe economy.

This article was authored by the Climate Champions and was first published on the Race to Zero/Race to Resilience website.