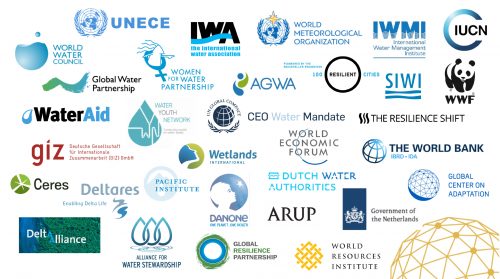 The Resilience Shift and Arup joined as core partners in the Water Action Track launched by the Global Commission on Adaptation (GCA) at the UN Climate Action Summit on September 24.

Among its three priority actions, the Commission and Water Action Track partners aim by 2030 to “support at least 100 cities to develop and implement integrated urban water resilience planning and investment”.  The Water Action Track launched with the support of over 30 partners, who have pledged support for water resilience efforts in over 15 countries, 40 basins and 60 cities through planned programs alone.

The City Water Resilience Approach (CWRA) will feature centrally in the Water Action Track strategy, as a basis for assessment and planning of urban water resilience actions.

Over the coming Year of Action, the CWRA team and the Resilience Shift colleagues will collaborate under the auspices and with the active support of the Commission to develop plans, partnerships and resources for a decade of water resilience action.  The Global Center on Adaptation (GCA), managing partner of the Commission and Water Action Track has welcomed the Resilience Shift’s close partnership in advancing the CWRA as a centerpiece of urban water resilience efforts.

Presently, the Resilience Shift , Arup and GCA are planning next stage work to refine and position CWRA for broader uptake and the Water Action Track partnership as a vehicle to scale. Watch this space.