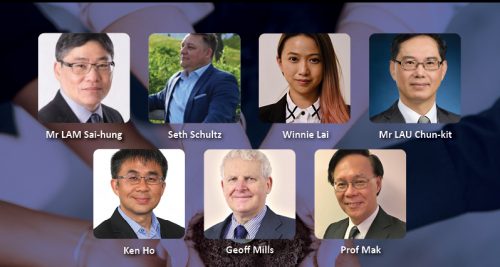 The first leg of the touring Brunel International Lecture Series took place virtually in East Asia in early January, where panellists from Hong Kong and China discussed how engineers can help deliver a net-zero society.

Collaboration with China will be critical in transitioning to a net-zero world by mid-century, according to panellists speaking at the latest instalment of the Brunel International Lecture Series, which travelled virtually to East Asia on Wednesday 6 January 2021.

Watch the lecture again here.
How we engage with China is absolutely critical to the solutions and needs of the rest of the world,” said the 13th Brunel International Lecturer, Seth Schultz, to an audience of more than 600 people. “We need to move away from isolationism, but also this competitive attitude, and start figuring out how to collaborate and coordinate and move resources and skillsets around in real time.”

Seth gave his opening lecture on 2 December 2020 and is now on a global tour, taking in seven stops around the world, as he presents 21st Century Leadership is Partnership: How a Coalition of the World’s Engineers Can Change the World. Regional lectures include a bespoke version of the opening lecture with more time allocated for discussion with key industry leaders. 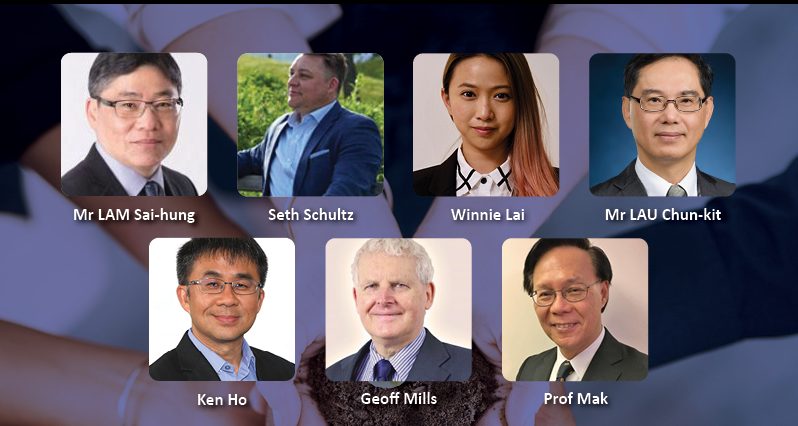 Welcoming Seth to the region was Sai-Hung Lam, ICE Hong Kong representative and HKSAR government permanent Secretary of Development (Works). Lam described the need to pool international talent to solve the huge challenges of carbon reduction, but added that engineers, with their wide-ranging disciplines, training and, simply, “the way they see things”, as being best qualified to “shoulder the heavy responsibility”.

Geoff Mills, ICE’s China Representative and executive director of project management company, Colliers International, was on the discussion panel and commented that the very close relationship between the construction industry and politics in China, with senior politicians often former engineers, being a good model other countries could follow.

He said that, despite China being a construction powerhouse, having taken the lead in nuclear power, high-speed rail, offsite manufacturing and data management, the attitude of many in the US and Europe still focused on what they could teach people in China, rather than what they could learn from them. “There’s so much we can, and must learn from China,” he said.

Ricky Lau, director of Civil Engineering and Development in the Hong Kong Government, said that the role of the engineer in dealing with climate change was particularly relevant in Hong Kong, where around 7,000 hectares of land was reclaimed from the sea. This provides space for housing for around 25% of the population and 70% of commercial activities, but is susceptible to tropical cyclones and storm surges.

“Climate change will have significant impact on the world’s social and economic development, and Hong Kong is no exception,” he said.

Ken Ho, deputy head of the Geotechnical Engineering Office, a specialist arm of the Hong Kong Government, stressed the need to incorporate climate adaptation into all planning. And even if net zero was achieved, global average temperatures would still rise above those already occurring today due to the emissions already in the atmosphere, he noted. “We need to strike a balance between climate change mitigation and climate adaptation.

“Climate science tells us that the situation will continue to get worse over a substantial time frame – the uncertainty is just a question of how bad, and how fast. We should adopt a disaster mitigation and risk management mindset,” he said.

Other measures would be needed in addition to engineering enhancements, such as better early warning systems and community education, Ho added.

In Hong Kong, much work was already being carried out on adaptation, including updating design standards to strengthen the resilience of infrastructure, and researching the impact of extreme weather on government infrastructure, according to Lau.

Seth said that the engineering community had a central role to play in being pragmatic about what needs to happen in terms of adapting to climate change.

“We must deal with the resilience requirements that are in front of us now, that are going to get more difficult to deal with. For every dollar we spend now we avoid $4 later in terms of infrastructure adaptability.

“We need to educate decision makers in government and civil society so we can start making decisions in a way that currently isn’t possible, largely due to the lack of information,” he said.

Keep up to date with the latest developments from the Brunel International Lecture Series and sign up for future events.

This article was first published by ICE and is authored by Catherine Early. With thanks to the ICE Brunel team.