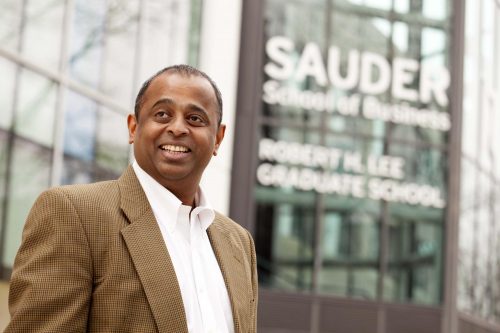 The Resilience Shift talks to Dr Murali Chandrashekaran about why people do the things they do, and the need for a human-centred approach to resilience – along with solid data to support it.

It’s rare that you meet some who is equally at home with engineering, statistics, social psychology, and business strategy. In the past they might be called respectfully, a ‘Renaissance’ thinker. Dr. Murali Chandrashekaran is exactly that. His approach to real-world issues brings to it a degree in electrical engineering, a PhD in business, statistics and social psychology, an academic career in metrics and valuation research, and his involvement leading collaborative learning programs with a global network of business schools. 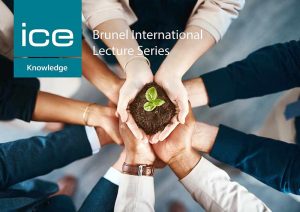 In the current ICE Brunel International Lecture Series, Seth Schultz argues that engineers need to step up and get involved in decision making outside engineering – taking their critical thinking and problem-solving abilities into other sectors – education, politics, public and private sector leadership and into their communities. We can see how effective that approach is through Murali’s long and distinguished career.

From the start, his work with control systems and feedback loops, stimulated his curiosity about complex systems, work in ambiguous contexts, and why people do the things they do. His passion for metrics prompted the question – how can you make a model to capture these ideas?  And cities, as system of systems, struck him as a perfect laboratory to explore ideas around community-led resilience, measuring resilience value, and the poverty penalty.

The art and science of creating community resilience

He speaks passionately about supporting the most vulnerable and marginalised communities, and his work on urban resilience and on bridging communities is unpinned by that ethos. From his early engagement with the Rockefeller Foundation’s 100 Resilient Cities programme as applied to his home city of Bangalore, he has been fascinated by how to create locally-led community resilience.

He believes that business and jobs (the economic dimension) are key to fulfilling people’s needs (the social dimension), within the physical constraints of our planet (the environmental dimension), and that what is missing for impact is a sustained and sustainable financing mechanism. But to achieve it, he believes we must ‘pivot the model’ toward equitable partnership investment where all partners are creating economic, social and environmental value, even those most marginalised in society.

There’s a problem. Those who are marginalised and vulnerable are often missing from data sets. Without the data, it’s impossible to understand and measure what’s happening, but we must quantify the benefits of resilience in a valid and robust way to unlock private sector funding.

A good impact investor is interested in sustained long-term economic viability. In Nairobi’s Mukuru kwa Njenga slum, with over 100,000 households in an informal settlement, its lack of status meant that services could not legally be provided. A thriving private supply system of tanking in water sprang up, but at a cost to residents who were paying four times the usual rate – the ‘poverty penalty’. Self-help groups have formed to save money, and pool together their resources, providing loans and micro-credit, but this economic activity was not recorded. The Slumdwellers International Know your City programme helped to gather the data by surveying this population and showed that there was clearly an economic case for water and LPG cooking options, with a customer base prepared to pay.

Investors need hard evidence of economic viability for locally-led resilience initiatives, rather than it being simply a question of charity. With an estimated one billion people living in informal settlements, this segment of society has significant economic value and must be taken into account in investment decision-making.

There is also the question of ownership

Traditional models have seen people in informal settlements only as beneficiaries who take what others give them. To change the model to locally-led resilience requires consideration for sustained funding and ownership instead of ongoing one-off investments externally-led. Pride of ownership and engagement comes from within the community and this means that ‘recipients’ are not just taking but giving as well.

So much funding comes as a result of guilt, he says, and classically this model of intervention through one-off investments, although well-intentioned, positions the community involved firmly as passive recipients.

One example he shares of such a ‘saviour and recipient’ model is from Mumbai’s Dharavi slum, one of India’s largest urban informal settlements, where a solution proposed for providing toilets through a corporate charity model invited little design input from the community, and no capacity for maintaining them long term. He says that community engagement must undergo a paradigm shift, involving a fundamental change in how the community are seen – and in who leads, and who serves.

When the community is involved from the start, they will choose a different solution tailored to their needs, and thus own the initiative, giving it longevity and more likelihood of sustained viability. In Mukuru, SlumDwellers International is working with residents living in 10x10ft corrugated metal shacks, to support their ‘owned’ transition from wood and coal-fired cooking to clean energy solutions. This applies as much to Mukuru in Nairobi, as to Vancouver, where there are also problems including a population of homeless people exacerbated by an opiate crisis. Locally-led solutions create ownership and a legacy of capacity building within the community.

Murali is one of those behind the Collaborative for Urban Resilience and Effectiveness (CURE) led from the University of British Columbia (UBC)-Sauder School of Business. This framework is designed to bring together the four Cs – Colleges, Corporates, Cities and Communities.

As a cross-disciplinary approach involving students this results in resilience projects with communities all over the world. They have a wide range of students – he would like more engineers to get involved. Many projects, such as one he references for affordable housing in Nairobi, have an engineering component alongside financing, environmental planning and so on.

Above all, he believes these collaborations are expanding the focus of youth leaders. They are learning about resilience and long-term integrated planning, through the lens of a business school. Murali was originally involved with setting up a pedagogical programme on urban resilience, collaboration and leadership in complex contexts for GNAM, the Global Network for Advanced Management. Working with these 28 universities and business schools has also helped him to bring together his ideas around how resilience must be measured and valued. And there is a huge capacity gap in cities for leaders who can think holistically across multiple disciplines. With 65% of global GDP from 600 cities, and an estimated 70% of the Earth’s population living in cities by 2050, the next generation of city and corporate leaders will need to be able to understand and apply these ideas to real-world decisions.

These themes echo insights from the Resilient Leadership initiative where city and corporate leaders reflected in real time on the impact of Covid challenges on their abilities to be resilient leaders and to lead for resilience.

Murali believes deeply in the idea that universities are central to building a more just and prosperous world and is seeking to develop and nurture global collaborative networks with academic institutions, corporates, communities, cities and countries, break down silos, and bring diverse stakeholders together to help increase the societal impact of universities.

The benefit of the CURE framework is in changing the mindset of youth leaders and students, and he is keen for it to grow into a ‘Resilience Corps’ that can work with communities to surface community needs, gather the data and give voice to the people. He believes this can contribute to the paradigm shift that community-led resilience requires.

Measuring resilience at a human level

Value as measured by changes seen using the City Resilience Index applies to cities over time, and that shows their changing capacity to withstand shocks. But this kind of measurement is too course at the city level to understand necessarily what is going on in communities. Shocks and stresses in one part of the city may be very differently felt in other parts of the city. It’s therefore important to measure perceptions of value from the community in terms of social cohesion, optimism, confidence, less anxiety, or a sense of thriving, for example.

Happiness is a very important foundation for resilience, and for measuring resilience at a human level.

Resilience is at the intersection of the human environment, built environment and natural environment. This human-centred approach discussed above doesn’t address natural systems and large infrastructure projects. But Murali says Covid has taught us that what matters for resilience is that the most vulnerable are those most impacted by shocks and that complex systems require multiple voices.

He hopes his legacy will be to have built bridges that have created resilient communities, but “from the inside out not the outside in”.