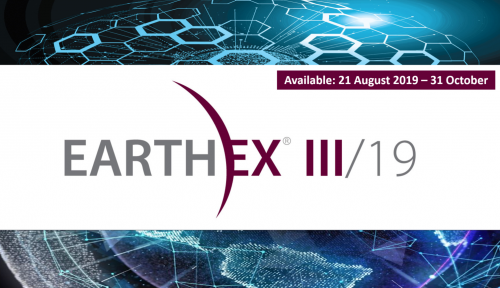 Imagine there is a power cut that lasts. Where the power grid is knocked out completely and the lights don’t come back on. For days, weeks, or much longer.

Not only the lights – but also the water and sanitation system, transport network, supply chains and food refrigeration, hospital equipment, and telecommunications, even our petrol pumps. Our lives would change immeasurably. Society would struggle to maintain its support structures and security. 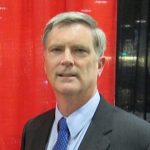 John Heltzel has considered these questions a lot. As one of the leaders of the EARTH EX online exercise that simulates a ‘black sky’ catastrophe, he was driven to get involved by his experiences in the US military and in leading Emergency Management for Kentucky, USA. As part of his role, he led the response to 10 different presidentially-declared disasters.

When asked about the kind of events he was dealing with, he speaks lightly about “the normal things, floods, tornadoes, the big ones”. However, his personal experience of catastrophe also encompasses the major ice storms that brought down the power for almost five weeks in some areas of the state.

The January 2009 North American ice storm impacted 9 states and produced widespread power outages for over 2 million people due to heavy ice accumulation. The hardest hit areas were in Western Kentucky with over 500,000 residences without power during the height of the storm, including 100,000 without power for over one week. The ice storm killed 65 people nationwide, Emergency response teams provided portable generators and technical assistance to maintain water supply and the entire Kentucky Army National Guard was called up to deal with the after effects of this storm, the largest call up in that state’s history. As one of the most senior figures in the team, John was leading the response.

“I was in charge with assisting private- and public-sector organisations, and providing food, water and helping to get the power back up.”

Working away from home at the State Emergency Operations Center, John said, “My wife was at home with no power in our house, no power, no heat. I had a family that was directly impacted and I was coordinating the response for literally millions of people in Western Kentucky with the power outages. Unfortunately for us, our telecommunications provider suffered a catastrophic loss of the fibre optic T1 line, so communication was lost as well.”

“It really was a black sky scenario and if we had not done the things we did in that response, which was mobilise the guard, provide food and water, and shelter and heat, the loss of life would have been astronomical. As it was we still lost 33 people in 2 weeks of power outage.”

“But that’s the kind of focus event that makes you start to wonder what this would be like if it happened in a large metropolitan area like London, New York City, or Los Angeles. The impact would be catastrophic and within 72 hours the loss of life would be horrific.”

He explains that EARTH EX came from an idea from the CEO and President of the Electric Infrastructure Security (EIS) Council, Dr Avi Schnurr, that to improve resilience, people need the chance to learn more about the threats posed by a ‘black sky’ scenario. The EARTH EX game was developed to help organisations and individuals to experience and understand what might happen, to consider their response plans, and think about how to integrate those plans in a cross-sector manner.

EARTH EX is essentially an all sector global resilience exercise game that takes place online. It simulates a ‘black sky’ scenario where disaster strikes and electric power is lost, causing cascading failures across power grids, cities, countries, and across the infrastructure systems that protect and connect us, and provide our critical services – water, energy, transport, telecommunications.

John says that interdependency is the big problem. “I honestly believe that as a people, not just the USA or any one country, we are not as resilient as we need to be to these new levels of interdependencies that have just emerged in the last 30-45 years. We are so interdependent now that if we lose one sector, one element, some parts of our society are going to be damaged to a degree that they can’t restart without quite a bit of coordination.”

“I was brought on to write the concept for Earth Ex. It didn’t exist, it was an idea that felt right but no-one really knew how to do it. I had already written two very large exercises for a response to the New Madrid Seismic Zone earthquake threat. If you think of the United States, the fault line is right in the middle of the United States along the Mississippi and Ohio rivers and it has gone off in the past. If it happened again today it would impact 8 different states, so I developed exercise scenarios that involved 8 states, thousands of people and 4 FEMA regions.

“EARTH EX is obviously much bigger in scope. I had actually retired, but if you’re going to come out of retirement for anything, EARTH EX is important. It’s a worthwhile activity to help people survive.”

With his background in disaster response, John is convinced that the EARTH EX approach is uniquely useful as a response preparedness exercise.

He says, “This year, Earth Ex builds off the previous 2 years, you don’t have to have played before but there are a couple of great reasons to do Earth Ex. The first one is that there’s nothing else like this in the world. This is a unique exercise opportunity and whether you’ve been in Emergency Management or organisational response for 10 years or for one year, you’ve never seen anything like EARTH EX .”

“Secondly, it is designed to give you the opportunity to pull your team (or your family) together, to pull out your policies and your procedures and immerse yourself into the scenario and decide whether you’re ready or not, and to understand what actions you need to work on to become more prepared.”

The Earth EX platform uses state of the art, high quality video simulations for setting the scenario and for the video injects that move the exercise forward. EARTH EX this year is designed across a very realistic real-world threat-based scenario including events that have happened in the last six months around the world, where nearly every continent has been hit with one or more climate-driven disasters.

“This year our focus is on decision making, building on the first two years where we highlighted situational awareness, communications, developing courses of action and so on. This year we build on those elements and put you into a decision-making environment where you will have to make life or death choices”, John says.

“It’s going to be a very unique environment to work through”.

With thanks to John Heltzel.