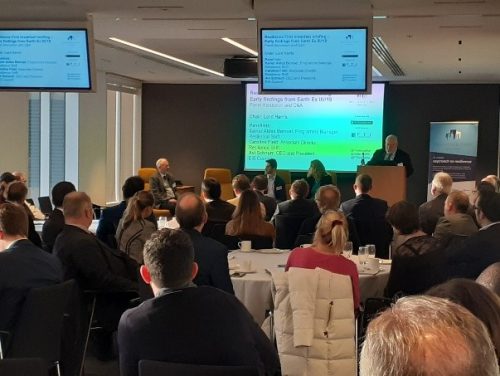 Members of our partners Resilience First and guests of the Resilience Shift attended a briefing in early December on the lessons learned from a global resilience exercise based on a wide-scale power outage – a ‘black sky’ event.

EARTH EX III, the third in an annual series of exercises that ran from August to October 2019, involved over 11,000 people, around 2,000 organisations and government agencies, 38 sectors and 42 nations. It has now become the ‘largest resilience exercise in history’. EARTH EX is run by the Electric Infrastructure Security Council and supported by the Resilience Shift. 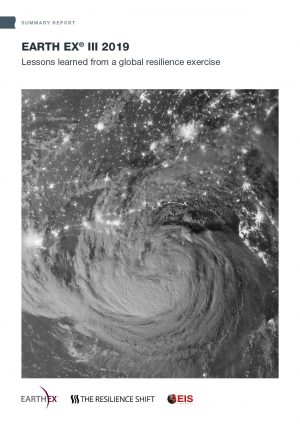 The results of the exercise (a summary report by the Resilience Shift can be found here) were reinforced by a verbal report on the experiences of a large power outage in the UK on 9 August 2019. This was caused by the near simultaneous failure of two major power generators on the National Grid. As a result, there was an abnormal reduction in the system frequency which lasted only 5 mins, with full power restoration occurring 45 mins after the initial outage. However, the consequences of power loss to particular sectors e.g. rail were immense and lasted days. This is the subject of further investigation. (See separate report from Resilience First here.) A key question posed from the incident is: what might be the right balance between the need for resilience in the National Grid and the cost of ensuring enhanced resilience?

The interconnectedness and interdependencies of modern complex systems provided the central theme of the briefing, and of EARTH EX. The impact of a major loss of electricity supply would rapidly expand into water, communications, food supply, finance and beyond. It is simply not credible to assume that because any one organisation was well prepared that it could continue to function when all services around were rendered inoperable.

Six resilience-focused lessons that participants learned from EARTH EX are:

A key element of the exercise was that it is cross-sector, and through this, aims to promote whole system thinking. Participants were able to build their knowledge of how to prepare for power disruptions, and consequently increase community resilience. The exercise also produced lessons on how to enhance the utility of such activities for guiding resilience planning in the future.

The briefing and subsequent discussion highlighted the following messages: 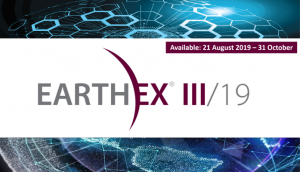 With thanks to our partners and co-hosts, Resilience First, the Electric Infrastructure Security Council, and FTI Consulting who hosted the event.

The panel included Xavier Aldea-Borruel and Caroline Field from the Resilience Shift, and Lord Toby Harris and Avi Schnurr from the Electric Infrastructure Security Council.

To find out more about the events and activities of Resilience First, email contact@resiliencefirst.org