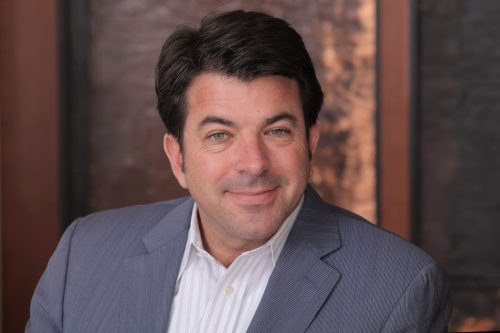 Resilience Shift Ambassador Dr Fred Boltz has been instrumental in putting water resilience at the heart of global policy in partnership with SIWI and other collaborators.

This year at Stockholm International Water Institute’s World Water Week 2019, the Resilience Shift will co-convene the High-Level Dialogue “Building a resilient future through water”, (Thursday 09.00-12.30) that gathers government, private sector and civil society leaders to consider progress and mobilise actions towards sustainable development goals and an effective response to our climate change challenge.  The Dialogue is led by our partners SIWI and Ambassador for the Resilience Shift, Dr Fred Boltz.

Fred has recently been appointed to serve as Water Lead for the Global Center on Adaptation, where he jointly leads a global effort to create a Water Action Track to accelerate and enhance action on climate change adaptation in the water sector. Water is one of eight Action Tracks developed under the auspices of the Global Commission on Adaptation, chaired by Ban Ki Moon, Bill Gates and Kristalina Georgieva and supported by 33 commissioners, including heads of state, local government, civil society and private sector leaders.  The Water Action Track, developed in partnership with the Dutch Government, the World Bank and the World Resources Institute, will be announced as a central part of a global Action Agenda for climate change adaptation and resilience during UN Climate Week in September 2019.  The launch will be followed by a year of mobilisation efforts to secure major commitments to action to address critical climate challenges by 2030.

Fred serves on the advisory committee to World Water Week, a conference that has grown in importance for innovation, knowledge exchange, collaborative action and multi-stakeholder dialogue, negotiating common positions and partnership among the diversity of state, public, private, civil society, academia, from all over the world. As well as the High-Level Dialogue, this year’s World Water Week will provide a venue to build a broader constituency and concrete commitments in support of the Water Action Track.  Since its inception the Resilience Shift has supported Fred and our partners Arup and SIWI in leading the mobilisation and partnership efforts to advance resilience as a central approach to water security and to fulfilment of the sustainable development goals (SDGs).

With global agreement to the SDGs in 2015, in alliance with UN-Water, SIWI positioned World Water Week as a venue for an annual multi-stakeholder stocktaking on progress in achieving water-related aims of the 2030 Agenda for Sustainable Development and the Paris Climate Agreement. This year will be the fourth year that this stocktaking will take place at World Water Week. Each year, Thursday of the conference is dedicated to High-Level policy Dialogue and showcasing of advances in water resilience science and practice. Fred notes, “Our intention is as much focused on building resilience, as on using it as the lens for that stocktaking and assessment of progress”. Cutting edge work supported by the Resilience Shift on the resilience of water infrastructure, urban water systems and catchment management is a frequent feature.  The City Water Resilience Approach, for instance, was first conceived in these dialogues and now features among key innovations in water resilience practice

The High-Level Dialogue is followed by a more intimate discussion and negotiation of common positions that may then be advanced through joint policy statements and initiatives (such as the 2018 Open Letter to the UN General Assembly). It also serves as a catalytic venue, stimulating partnership for innovation and translating commitments to action.

An environmental economist by training, Fred’s doctoral research considered ecological and economic approaches to the sustainable management of tropical forests. His interest in the management of natural ecosystems for sustainability and his deep engagement in climate change mitigation and adaptation efforts, naturally led him towards the study of resilience. At Conversation International (CI), an environmental NGO, he led global conservation strategy and practice, including the development of their climate change and fresh water programs.  Fred also served as CI’s head of delegation for climate change and sustainable development negotiations, frequenting the halls of the UN and annual Conferences of the Parties to the Rio Conventions. Water became much more prominent in his work as he engaged in international efforts to integrate environmental conservation to sustainable development, and leverage nature as an critical asset for human progress and resilience.

He believes that “In the modern era, with great uncertainties and disruption related to  global change, there is a critical need to maintain productive systems and natural systems as a base for the resilience of our Earth system and of the human endeavour.”

Fred’s portfolio of work over many years has focused on three related goals – advancing the science, applying it in practice, and informing policy based on the robust evidence base that results. His efforts aim to drive investments and actions that result in greater resilience of infrastructure, of human and natural systems and to improved prospects for sustainability.

Fred began working with the Resilience Shift in early 2018 on the invitation of the then Director, Nancy Kete. Previously at the Rockefeller Foundation, he had developed a portfolio of water-related investments, and water resilience investments including the City Water Resilience Framework, the forerunner and diagnostic element of the now City Water Resilience Approach (CWRA). This work in partnership with the World Bank and the University of Massachusetts, Amherst focused on developing approaches to designing for resilience in urban water infrastructure. He was also beginning to develop thought leadership around advancing resilience as a paradigm for water and water dependent systems more broadly.

Fred explained, “At that point, there was already significant interest from many cities and development finance institutions in the topic of resilience, and a growing demand for understanding of how to implement resilience as a paradigm for water systems management and for that of critical infrastructure”.

“Resilience was broadly recognised as the appropriate paradigm for water because of the very fact that hydrological systems are changing and the historical records of water flows, availability, seasonality, are becoming obsolete as we look forward and plan for infrastructure and for development futures related to water.”

The growing need to be resilient and to thrive under incremental and abrupt change, to adapt to climate change, to adapt to the increasing frequency and magnitude of extreme events, has contributed to the acceptance that this was the right model for the water sector. Then as the question arose of how to achieve it, Fred and partners then shifted their emphasis from broad influence to generate interest in the paradigm, to a more practical focus on developing the science, developing the tools and conducting demonstrations of how to design for and manage for the resilience of water systems.

Fred comments, “There was a keen focus on resilience being the right paradigm and concept for water-dependent systems and this meant that we could look at broader development challenges and critical infrastructure through a resilience lens.”

In 2019, his work as Ambassador for the Resilience Shift’s work on water resilience has continued while also specifically exploring the future for the City Water Resilience Approach (CWRA) in terms of building awareness and partner development. The CWRA is advancing a new standard of practice for water resilience, which was broadly embraced at Urban Resilience Summit 2019, with several additional cities indicating interest in adopting the Approach.

Now at this year’s SIWI World Water Week, the CWRA will feature in a technical seminar (Improving water resilience: From diagnosis to delivery, Wed 14-15.30) and in the High-Level Dialogue, which will focus in part on advances in urban systems.  Fred and colleagues from Arup and the Resilience Shift will take center stage to share knowledge gained in 8 global CWRA pilots and present the CWRA toolkit for broader adoption.

With thanks to Fred Boltz of Resolute Development Solutions.