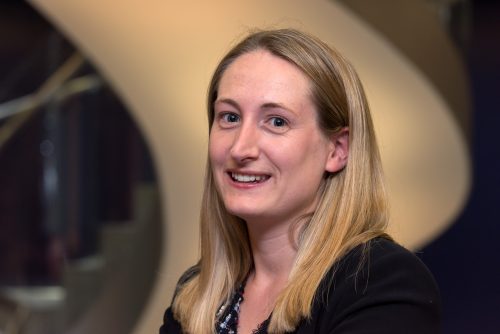 In March 2019, the City Water Resilience Approach was published as an innovative approach to help cities and utilities build water resilience at the urban scale. Louise Ellis, Water Engineer and Associate at Arup, has been involved with the Approach since the start. She tells us about the implementation of the approach in the first two cities: Cape Town and Miami.

To find out more about the City Water Resilience Approach and the findings from Cape Town and Greater Miami and the Beaches, join us at World Water Week in Stockholm at these sessions:

The City Water Resilience Approach from theory to practice

In 2018, as drought affected South Africa’s Western Cape, the city of Cape Town hit international headlines. It was approaching Day Zero, the day in which the city government would shut off piped water supply to 4 million citizens and ask them to collect water at points of distribution throughout the city. Over 12,000 km away in Greater Miami and the Beaches, headlines warn that sea-level rise would put Miami underwater and threaten the delicate balance of the Biscayne Aquifer, the main source of the city’s drinking water. These cities are not alone: nearly every mega-city in the world has faced water challenges in the last decade whether it be too little, like Mexico City, too much, like Dhaka or too polluted, like New Delhi.

The CWRA is supported by the Rockefeller Foundation and the Resilience Shift and has been developed in collaboration with eight cities from across the globe that are facing a range of water shocks and stresses: Cape Town, Greater Miami and the Beaches, Kingston-upon-Hull, Mexico City, Amman, Rotterdam, Greater Manchester and Thessaloniki. It has been developed by Arup in partnership with the Stockholm International Water Institute and 100 Resilient Cities.

The Approach holds two principles at its core:

Firstly, the water system, including the upstream and downstream catchment, is fundamental to the operation of a city. Shocks and stresses on the water system can have cascading impacts on a range of other city systems and, consequently, a systems-based approach is needed to improve the resilience of the water system. The Approach that incorporates an awareness of the cascading effects of shocks and stresses through the mapping of the water system and its interdependencies with other urban systems and the stakeholders involved. It also has a wider focus than operational resilience, looking at resilience in the round and incorporating the social value of water with the four dimensions of the City Water Resilience Framework: Leadership and Strategy; Planning and Finance; Infrastructure and Ecosystems and Health and Wellbeing.

Secondly, there are many stakeholders involved in a city’s water basin(s) and resilience can only be achieved if they work in partnership. By bringing together diverse stakeholders from the outset, the approach builds a shared understanding of the resilience of the water system as a foundation for the development of a co-owned action plan. The CWRA uses a five-stage approach to bring multiple stakeholders together to diagnose the strengths and weaknesses of the water system using quantitative and qualitative indicators and develop a collective action plan to address them.

In summer 2019, we implemented the approach in Cape Town and Greater Miami and the Beaches. Across workshops involving more than 130 stakeholders representing government, private sector, academia and communities with different perspectives in the two cities, the evidence has been collected to inform the baseline assessment of their water resilience of Cape Town and Miami.

Although, the baseline assessments are specific for each city, there are clear similarities between the challenges that the two cities face which provide key learnings for cities facing water challenges:

Based on a shared understanding of their strengths and weaknesses, water stakeholders in each city have collectively developed and prioritised a series of actions through workshops, which form their resilience action plan. The action plans identify lead and supporting stakeholders, a programme of activity for the next year, the approximate cost, the resilience value and measures of success. Capitalising on the momentum of the CWRA workshops, the owners of these mitigations have set up working groups to progress them through detailed scoping and feasibility to implementation.

With cities facing a more uncertain future, there is a need for knowledge, approaches and tools and the sharing of best practice on how to tackle the water challenges cities face. The cities of Cape Town and Miami have recognised the water challenges that they face and are tackling them head-on. Approaches like the CWRA offer the opportunity for other cities to join them.