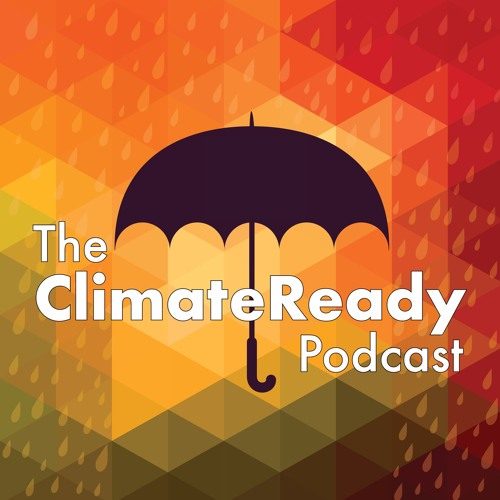 Between 03’20 and 20’30, Martin Shouler (Arup London Water Leader and CWRA Project Director for the Resilience Shift) and Louise Ellis (Arup Associate and CWRA Project Lead) are interviewed by Ingrid and Alex of the AGWA ClimateReady podcast.

Hardeep Anand from Miami Dade Water & Sewer Department in the US state of Florida, is also interviewed with Greater Miami of the first two cities to implement the Approach.

The podcast session explains the good background to the CWRA, its origins, developments and future plans. The episode was released last week.

As cities continue to grow, increasing demands are being placed on urban water systems. Climate change and other unprecedented stressors will exacerbate the challenges related to cities’ climate security in the decades to come. How can cities learn to build resilience, and do so in an equitable manner involving a wide range of stakeholders?

For this episode of ClimateReady, we hit the road to conduct live interviews during World Water Week in Stockholm in 2019. Keeping in line with the conference’s theme of “Water for Society: Including All,” we spoke with representatives of the ongoing City Water Resilience Approach (CWRA) project. The approach is designed to coordinate policies, investments, and operations by using water as the connective tissue for resilient action, often across a number of cities that form a single urban landscape. We were joined by two members of the CWRA team from the global engineering firm Arup, Mr. Martin Shouler and Ms. Louise Ellis. Then to hear how the resilience approach is being put into practice in one of its pilot cities, we spoke with Mr. Hardeep Anand of the Miami Dade Water & Sewer Department in the US state of Florida, a city which is seeing quite significant climate impacts already.

We wrap up with another “Climate of Hope” story as part of an ongoing collaboration with the World Youth Parliament for Water. Joyce Mendez of the Climate Reality Project in Brazil and the Center for United Nations Constitutional Research covers the ways in which climate change can serve as an opportunity for significant global governance changes as part of a more inclusive future.

About the AGWA podcast

The ClimateReady Podcast features interviews and segments on emerging trends in the intersection of climate and water. Experts in policy, engineering, finance, and other sectors provide cutting-edge perspectives and narratives on climate adaptation challenges and opportunities. Seasons 1 and 2 each contain ten episodes. Season 3 is currently underway, with new episodes released every two weeks.

The podcast is available on iTunes, SoundCloud, and other podcast platforms. You can also listen directly in the sections below. Check back often for new episodes or join the community using the links provided.