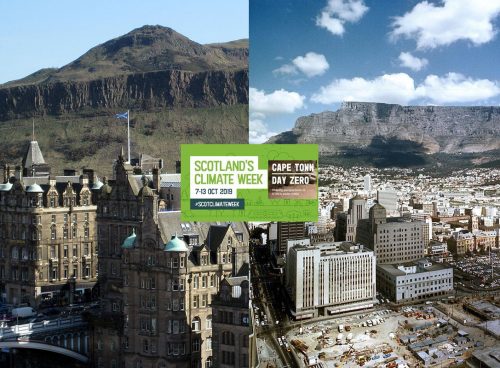 Owing to a changing climate, cities and regions around the world are experiencing unprecedented volatility in rainfall patterns and an increase in the frequency of droughts. Decision-makers increasingly recognise the value of learning from the experience of drought response in other parts of the world to inform their water management and crisis planning initiatives.

Perhaps the most well-known example is the city of Cape Town which narrowly averted running out of water in 2018, following three consecutive years of poor rainfall.

In partnership with the Cape Town Drought Response Learning Initiative, the Resilience Shift held an event earlier in the year as part of London Climate Action Week. This involved screening filmed interviews that capture reflections and learnings from key individuals involved in the drought response. Topics include, among others, behaviour change among water consumers, the important of transparent access to data, developing a communication strategy during a crisis, and timely planning of infrastructure interventions.

These films are being developed into film-based learning modules as part of the Resilience Shift’s work to help decision makers to reflect on critical infrastructure resilience in their own cities – to better prepare for a crisis and to craft a better response when a crisis does hit.

Two of these pilot film-based modules were screened during Scotland’s Climate Week 2019 to an audience in Edinburgh comprising representatives from the Scottish government and water utility companies. One would not usually associate droughts with Scotland, but water scarcity has become a key concern for the Scottish government and water utilities following two years of poor rainfall.

The event was facilitated via videoconference by Peter Willis, one of the founders of the Cape Town Drought Response Learning Initiative. He was clear that the threat of imminent harm played a big role in stimulating behaviour change. “Humans do our best when our backs are to the wall, and Cape Town’s response to the drought illustrated this”.

Event attendees were particularly interested in how the private sector championed behaviour change around water usage, and resource planning in the context of an increasingly uncertain climate – lessons that are particularly relevant in Scotland’s water governance context.

In the context of inequality in Cape Town, some attendees were interested whether the crisis played out differently across different economic groups. Peter explained that while middle class communities were forced to dramatically reduce consumption, this reduction did not generally affect the poor because they already consumed very low quantities of water. As he noted, “The poor were puzzled by the panic because every day was day zero for them, but for the wealthy the cuts in consumption were like plunging from a cliff”.

Questions highlighted the lessons for Scotland noting that its drought was not very visible because of the perception of being a ‘wet’ region. Interestingly this echoed a comment from Fiona Twycross, Deputy Mayor for Fire & Resilience at Greater London Authority,  from the previous event about the same perception also being a problem for London. 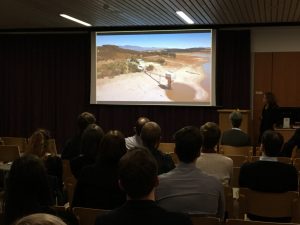 Approaching the end of the event, the discussion veered towards how the learning from Cape Town’s response before and during the water crisis could be applied to the vexing issue of climate action.

Peter distilled two learning points from the crisis that could apply. The first was ensuring that a consistent message is communicated across the political sphere – this was a key element that drove behaviour change in Cape Town. Another was the value of timely and transparent communication of data. He added, “We need to get people used to the idea that we have the ability to project scenarios to a high degree of confidence”.

The first film-based learning modules will be published later this year. If you are interested in knowing more about this event or screening any of this material to enhance discussion about critical infrastructure resilience, please get in touch with us at info@resilienceshift.org