As we focus on Cape Town for the Cape Town | Day Zero event, and in the run up to 100 Resilient Cities Urban Resilience Summit in Rotterdam, we invited 100RC’s Katrin Bruebach to contribute a guest blog on Cape Town and the City Water Resilience Approach 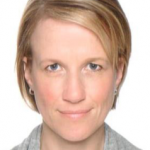 Urbanization, climate change, population growth: these are just a few of the driving forces affecting the provision of water supply and sanitation services worldwide. Each year since 2011, the World Economic Forum has ranked water crises at the top of the world risk pyramid. When water is scarce, overflowing, polluted, or poorly managed, other challenges are exacerbated. A lack of water is often a slow-moving crisis, but it can devastate economies, and threaten lives and livelihoods. The last decade has seen nearly all mega cities around the world facing increasing water scarcity. In 2018, Cape Town made international headlines when faced with the prospect of a potential “Day Zero”: a scenario in which the city government would control water supply by turning off certain parts of the reticulation system.

A complex set of events contributed to the shock to Cape Town’s water system, the worst drought in recorded history. Beginning in 2015, the region’s dam catchment area, known as the Western Cape Water Supply System (WCWSS), suffered its driest three-year period since the 1930s. Because the event was particularly rare in terms of severity – the best estimate of the return interval of a similar drought is over 300 years – it truly tested the adaptive capabilities of the city and surrounding region.

Near exclusive reliance on surface water from rainfall makes Cape Town and its surrounds very vulnerable to drought shocks of this severity. The City’s predominant lever of response was to increase water restrictions, which were first instituted at the beginning of 2016 and which grew more and more strict over the following two years, until Capetonians were allotted just 50 liters per person per day. These strict water management controls, coupled with an impressive collective response by Capetonians, would eventually drive down water consumption by more than 50% compared with pre-drought levels – effectively reducing the demand for water, alleviating pressure on low dam levels, and providing an overwhelming contribution to avoiding the projected Day Zero.

Using lessons learned from the drought shock, City authorities are working hard to ensure that Cape Town is water sensitive by 2040. The city has joined 6 other peers in the 100RC Network – Amman, Greater Manchester, Greater Miami and the Beaches, Mexico City, Rotterdam, and Thessaloniki, as well as the city of Kingston-upon-Hull – in partnering with the engineering consultancy Arup and the Stockholm International Water Institute (SIWI) to develop a global framework for water resilience that will help cities better prepare for, and respond to, challenges to their water systems. Supported by the Resilience Shift and The Rockefeller Foundation, the City Water Resilience Approach (CWRA), a work in progress, uses qualitative and quantitative indicators to measure and build a growing body of knowledge on urban water resilience. By applying the CWRA, cities can diagnose challenges related to water and utilize that information to inform planning and investment decisions.

There are several entry points for cities to start working on improving water resilience. Urban water systems are part of complex, overlapping, and interdependent urban systems. As a result, water resilience demands action at a large scale, often beyond the city’s jurisdictional boundaries. Cape Town was selected to become the first city in the world to deploy Arup and SIWI’s City Water Resilience Framework (CWRF) and carry out a City Water Resilience Assessment. So far, efforts have produced a comprehensive understanding of the city’s water system, its stakeholders, the factors contributing to its resilience, and those increasing its vulnerabilities.

In a field visit during 3-7 June 2019, the CWRA team hosted a series of workshops in Cape Town as part of the next phase of the water resilience assessment, hearing directly from expert stakeholders on the range of factors that contribute to local and regional water resilience. Two assessment workshops convened nearly 40 stakeholders – representing civil society, government, private sector, academia and more – to conduct a baseline assessment of where resilience improvements will be required and existing strengths that can be utilized to build resilience in the water system. A subsequent visioning workshop brought these stakeholders back together to prioritize problems and vulnerabilities identified during the assessment. From there, a design sprint produced 9 action proposals for consideration:

Recent experience has driven home the need for the City and its stakeholders to better prepare for future shock events that can disrupt the water system in the Western Cape region. Lessons learned from navigating the drought have been included in the City’s new Water Strategy and forthcoming Resilience Strategy. The City Water Resilience Assessment adds further value by establishing the first ever water resilience profile to highlight strengths and weaknesses, which can inform future action planning as well as monitor urban water resilience over time. The preliminary results of the assessment will be presented at the upcoming Urban Resilience Summit in Rotterdam, so that other cities that are grappling with water related shocks and stresses can learn from the experience and outcomes.

In light of uncertain water futures driven by a changing climate and outdated infrastructure, we must urgently develop and deploy new ways of designing and managing resilient urban water systems. By its nature, urban water resilience requires a multidisciplinary response across a wide range of stakeholders. Building the knowledge, skills and tools suited to meeting these complex challenges is essential to enabling cities to anticipate, plan for and thrive under water-related shocks and stresses. The City of Cape Town is already contributing to a community of practice on water resilience. Now is the time for more practitioners to come together with the common purpose of solving challenges, sharing knowledge, cultivating best practice, and fostering innovation to build water resilience in cities worldwide.

With thanks to Katrin Bruebach and the team at 100 Resilient Cities.

This feature was first published on the 100RC website