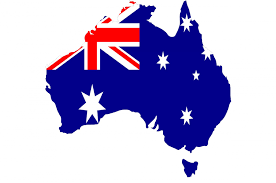 Strengthening the resilience of critical infrastructure is a shared responsibility. Rob Turk looks at how this is done from an Australian perspective.

In Australia, this responsibility is shared between the owners and operators of critical infrastructure assets (mainly private companies), and all three levels of government (federal, state, and, in some cases, local).

The critical infrastructure regulatory environment has recently changed due to a new piece of federal legislation that came into force on 11 July 2018, the Security of Critical Infrastructure Act (2018) (the Act). It focuses on improving the government’s capacity to manage national security risks to critical infrastructure (defined as espionage, sabotage and coercion) and has three key elements:

The aim of the Act is to improve government visibility, and ultimately reduce the exposure, of critical infrastructure assets to national security risks. The Critical Infrastructure Centre, established in 2017 by the Australian Department of Homes Affairs, co-ordinates the register and undertakes risk assessments.

This approach is narrower in focus than the all-hazards approach usually taken to manage risks to critical infrastructure. Rather than focus on a specific threat, the all-hazards approach focuses on the consequences of asset (and broader system) failure, and how to mitigate them. The all-hazards approach is aligned with one of Council of Australian Government’s (COAG) (representative body of the Australian federal and state government leaders) principles for best practice regulation “government action should be effective and proportional to the issue being addressed”. Considering all-hazards concurrently allows the most effective actions to be taken, rather than those that focus on mitigating the risks arising from one specific threat.

National security risk is a familiar concept for most, front of mind due to the recent UK/US joint statement regarding Russia and/or the latest action blockbuster (i.e. Bain taking over Gotham City via the sewer network in Batman). As a tangible and seemingly imminent risk, there is unsurprisingly more effort put into managing this threat. It is however one of many potential shock or stress events that may threaten the critical infrastructure system, and subsequently, human life and welfare.

In the Resilience Shift’s recent report Critical Infrastructure Resilience: Understanding the Landscape , the most critical risks identified were: ageing infrastructure, flooding, poor planning and governance, and climate change. Terrorism and malicious attacks were considered less important. This finding aligns with The Global Risk Report 2018 (World Economic Forum, 2018) that highlights natural risks are far more likely to occur and have a greater impact than others.

The narrow focus of the Act does not accord with the COAG principles. Legislating to mandate an all-hazards approach to critical infrastructure resilience would ensure action is not disproportionately focused on one potential threat and duly recognises both human induced and natural hazards.

There is no question that critical infrastructure owners and operators are best placed to manage risks to their individual assets and operations. However, resilience of the whole critical infrastructure system would be most improved with a coherent and comprehensive regulatory environment, where state and federal legislation is complementary, efficient and effective.

The Act raises many questions around the role of legislation, and the government more broadly, in strengthening critical infrastructure resilience:

As a Resilience Shift blog reader, what’s your take on The Act? Will it affect your work? We’d love to hear from you (please comment below or email us).

Thanks to Amy Cox, Consultant, Arup, for her input to this blog.