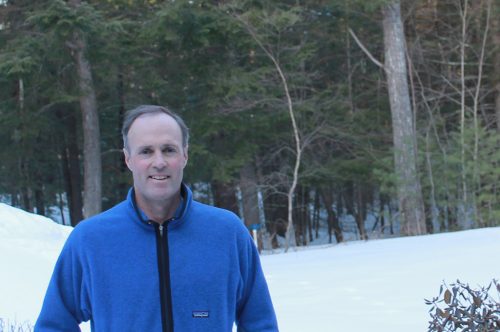 What is it like to be an ambassador for the Resilience Shift? Peter Hall explains his co-opted role, how the Maine waterfront influenced his interest, and how infrastructure resilience is not a stand-alone business.

Peter J. Hall was invited in June 2018 to be an ‘ambassador’ to the Resilience Shift, representing the initiative and adding his experience and ideas into the mix. He tells us more about what that means in practice and why it complements so well his other developing areas of interest.

Peter is Director of Resilience and Sustainability for Wood Environment and Infrastructure Solutions, Inc. (E&IS). He got involved with the Resilience Shift in its first year, when it put out calls for expressions of interest to contribute to an agenda setting research program. From their initial collaboration on Resilience Return on Investment (RROI), it was clear that the work of the Resilience Shift matched closely Peter’s interest and the Wood E&IS strategy to develop resilient infrastructure projects.

With over 30 years’ experience, he had developed a growing sense of how important it is to design and develop infrastructure projects to be resilient to climate impacts.

Peter said, “I live in Portland, Maine, where there is much attention paid to how the waterfront will adapt to sea-level rise and storm surges, especially as infrastructure at the oceans’ edge reaches its design lifespan.”

In 2014, he attended a ‘Portland Maine Visions 2050’ event which 100 Resilient Cities (100RC) was supporting.  Peter said, “It was particularly interesting to me because my thinking was focused on the need to build projects that can last and are resilient to shocks. At that 100RC waterfront workshop in 2014, I gained a deeper understanding of the need for our infrastructure projects to address current and future stresses as well, and of the city resilience framework used”.

“Through my engagement with 100RC (and validated by the Resilience Shift), it became clear that a big part of the work is also how these projects support communities and contribute to the total value of the services they provide. This evolution, which more investors now look at, has influenced the development of our work around resilient infrastructure and sustainable communities and more recently our smart and resilient cities initiatives.”

In summer 2018, the Resilience Shift invited Peter to become an ambassador for the initiative, as a way to keep working closely together on joint areas of interest.

Peter was asked to be a critical friend for the tools and approaches work, attending stakeholder workshops and helping to identify and engage with partners and other interested parties for this work.

Peter said, “The tools and approaches workshops provided important insights into the state of practice for resilience across the project lifecycle and have been important in our work and the context our customers require. It was a unique privilege to be able to go to all three and see the different perspectives. It is definitely an important piece of work”.

“The Resilience Shift is filling an important space. Having three intentional and focused work streams is seen as particularly valuable and instrumental in building the bridge between strategy and implementation.”

At the Florida Earth Foundation’s Global Resilience Council in December 2018, Peter participated in a panel ‘The Power of Research and Innovation in Shaping Resilience’, along with colleagues from Ramboll and UNISDR exploring partnerships in innovation for resilience. He explained how partnership with the Resilience Shift as a global organisation could help to improve resilience in their own projects and expand these approaches for delivery on a larger scale.

Peter said, “There was a lot of interest, and it validated that the Resilience Shift is filling an important space. Having three intentional and focused work streams is seen as particularly valuable and instrumental in building the bridge between strategy and implementation.”

He is excited about the Global Center for Climate Resilience’s ambition to set up a resilience institute for climate resilience. This would be intentionally aligned with the insurance sector and would help guide and influence the US infrastructure spending bill when and if it is eventually approved. This spending package is a proposed several hundred-million-dollar infrastructure funding programs for the US to address ageing and critical infrastructure.

Recently, Peter has been involved with UN Global Compact (UNGC) Cities Programme and the Organization for Economic Cooperation and Development (OECD) Expert Group on SDG Investments in Cities which has a goal to accelerate the effective design and implementation of sustainable urban development solutions.

Peter concludes, “Working with the Resilience Shift and similar organizations has helped keep resilience at the forefront of our company’s thinking and strategy. We build infrastructure, but we’re now more intentionally linking infrastructure to community resilience, which is a new development for our company. It’s something we are increasingly hearing about from the investment sector as well.”

“It ties back directly to the Resilience Shift and its overriding theme of safety and resilience for citizens, which is needed in today’s world.”

With thanks to Peter.