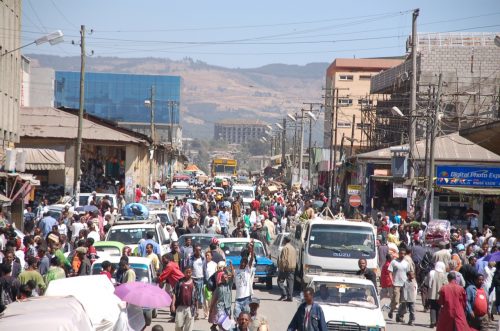 The next steps for the City Water Resilience Approach (CWRA) start this week (23/24 February) as 40 participants join workshops in Addis Ababa, Ethiopia, to engage city stakeholders in assessing the water resilience risks the city and the region faces. 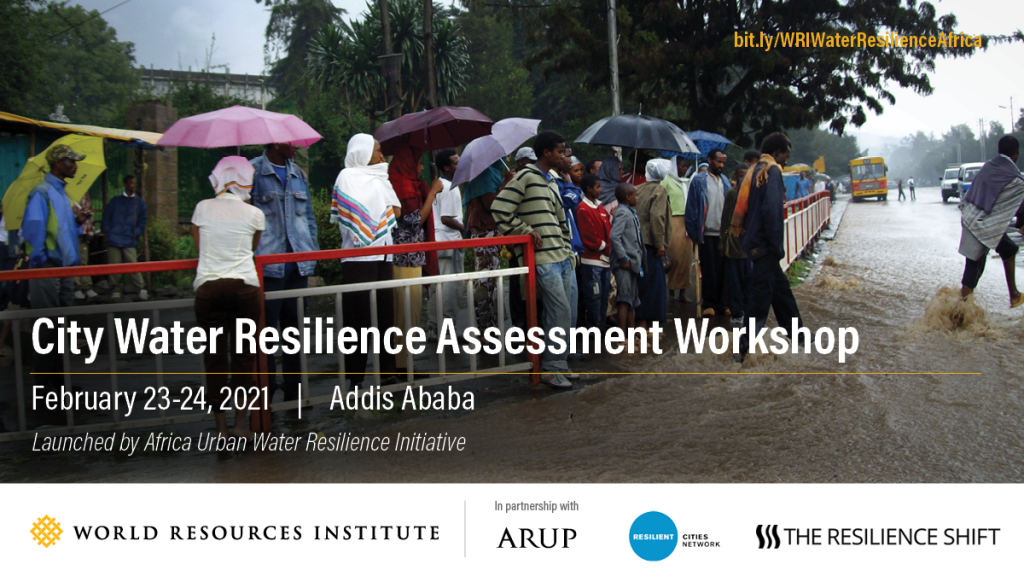 The workshops use an adaptation of the CWRA for the challenging context of Covid-19. As well as the kick-off in person meetings, there will be online workshops with international NGOs. The workshops support development of an action plan followed by support to advance priority initiatives and develop an Africa urban water resilience agenda.

Addis is the first among six cities to advance urban water resilience work through the three-year Urban Water Resilience in Africa initiative of the World Resources Institute, supported by the German Federal Ministry for Economic Cooperation and Development (GIZ), and part of the Global Commission on Adaptation’s Cities Action Track. It is also an action under Addis Ababa’s Resilience Strategy.

Among the Urban Water Resilience in Africa activities is the implementation of the City Water Resilience Approach to initially three City Regions in Africa. This has the potential to develop into a much larger urban water resilience programme for Africa.

The initial development of the City Water Resilience Approach by Arup, SIWI and the Resilient Cities Network, funded by the Rockefeller Foundation and The Resilience Shift, was also supported by World Bank Water and the OECD and it is a globally recognised tool for tackling the challenges of urban water resilience.

With the focus shifting to the African continent, next steps for this innovative collaborative methodology will involve its adaptation to more challenging contexts – both in the context of ongoing crises such as the pandemic, extreme weather and conflict, but also to understand differences in its application for low and middle income or developing countries.

This work is also part of the 1000 CAN initiative announced at the Climate Adaptation Summit in January 2021, where A Joint Statement on Accelerating Climate Adaptation in Cities was published by the GCA, WRI, R-Cities, and UN Habitat that gave more information about a number of high-level collaborative initiatives including ‘A Resilient Recovery’, ‘Five principles of accelerating and scaling urban climate adaptation’, and ‘1000 Cities Adapt Now (CAN)’.