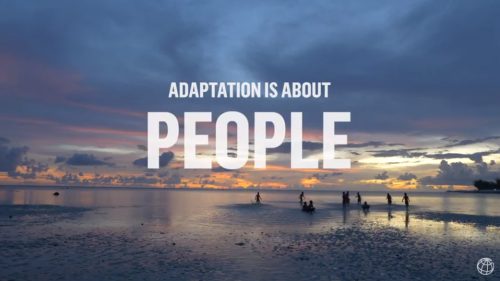 The contrast has never been stronger between the balmy autumn experienced by many while the power of Hurricane Dorian wreaked havoc in the Bahamas. At the same time the turbulent political scene in many countries worldwide is raising again the topic of resilience to changes outside your control whether political, economic, technological or societal.

We are reminded by these and by other rapid ‘failure’ events such as the recent power outage in the UK, that unexpected shocks and stresses will and do occur. According to the UN, climate related disasters are taking place at the rate of one a week, though not all are reported.

Our work aims to contribute towards being better prepared, and ultimately safer, through infrastructure becoming more resilient.

Ban Ki-moon, chair of the Global Commission on Adaptation (GCA), wrote this week that the GCA “estimates that investing $1.8 trillion to improve climate resilience between now and 2030 in five critical areas — early-warning systems against cyclones and hurricanes, resilient infrastructure, better dryland agriculture, mangrove protection and water security — would yield up to $7.1 trillion in net benefits.” Their flagship report has been published this week.

Dr Fred Boltz is leading the GCA’s action track on water security. The resilience of water systems is critical to urban security, and to global sustainable development. At this year’s successful SIWI World Water Week (WWWeek), Fred led a global ‘Call to Action’ for organisations to get involved in a community of practice on urban water resilience. The founding partners are the Resilience Shift, the Global Commission on Adaptation, Arup, the Stockholm International Water Institute (SIWI), the International Water Association, 100 Resilient Cities, Deltares, and the Alliance for Global Water Adaptation.

Inclusion and partnerships, as captured in SDG 17, were highlighted at WWWeek as critical and the City Water Resilience Approach, now implemented in Cape Town and Greater Miami and the Beaches, puts its emphasis on working with multiple stakeholders at the wider catchment level and beyond, to collaboratively build resilience through water. 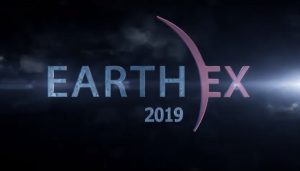 Multi-stakeholder collaboration is also brought to the forefront in the EARTH EX global resilience exercise, open to play until 31 October 2019.

We encourage organisations to register and put aside time to play the exercise as a team and use it to strengthen their resilience to a black sky event, whatever its cause.

We are looking forward to a number of other varied events in the next few months. Juliet Mian, Technical Director, will be sharing her experience on learning from past events, as part of a panel at the Lloyd’s Register Foundation (LRF)’s Conference: Engineering a safer world.

Savina Carluccio, along with Dr Sarah Reeves, author of the resilience primers on Roads and Rail, will be taking part in the FORESEE Consortium’s latest event. Their focus is on the resilience of transport infrastructure, and this event hosted by Telespazio Vega UK Ltd explores the contribution to resilience of satellite monitoring.

The Resilience Shift with Cambridge University is also hosting the latest in its series of resilience round-tables in November. It will convene key professional institutions to understand the opportunities they can provide to enhance the resilience of critical infrastructure through their membership activities.

The Global Commission on Adaptation’s Report was launched on 10 September. Watch the launch here.

AGWA Updates for September provides a full write up of World Water Week and is full of exciting news.

We are looking forward to the World Bank’s launch of its Lifelines Report on 12 September. See the report at World Bank Lifelines report

Resilience First has some interesting events this autumn on resilience for the finance sector, airports, lessons from terrorist attacks, and community resilience.

Juliet Mian looks back at the first quarter of 2021 and shares highlights of our work at the start of this year including our focus on reaching out to create more partnerships to accelerate more resilience for more people in more communities. Plus Things we like…