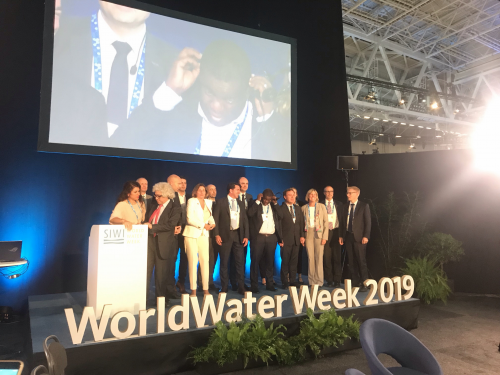 The Resilience Shift would like to thank all speakers and their respective organisers, and co-conveners Arup and SIWI, for collaboration on and input to key sessions at this year’s very successful Stockholm World Water Week, and to the High level dialogue session: Building a resilient future through water.

Eleanor Earl, Project Leader for the Resilience Shift’s work on water resilience, shares some reflections from this session. 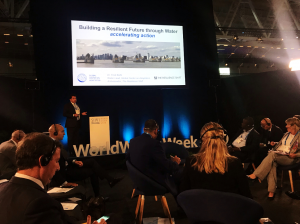 Stating that “water is fundamental to resilience”, he continued, “climate change will most immediately and acutely be represented through water”. Fred shared the GCA’s ambitious but necessary targets for 100 basins and 500 cities to be managed for resilience by 2030. He drew attention to a need for urgency. “The climate is changing, but we are not changing fast enough or on the scale needed to survive as a species”.

During the session, links were drawn between global agendas including the Sustainable Development Goals (SDGs), Nationally Determined Contributions (NDCs) and the Paris Climate Agenda.

“When it comes to water, the aim of the SDGs and the climate agenda is one and the same – achieving access to clean water” said Mathilde Bouyé of the World Resources Institute.

“We can only achieve the SDGs and the Paris Agreement at the same time” stated Kimmo Tiilikainen, Finnish Minister of Housing, Energy and the Environment.

Susanne Dorasil, Head of Division Water, Urban Development, Mobility at the German Federal Ministry for Economic Cooperation and Development highlighted the need to bring national governments on board.

Other case studies from around the world were shared by Daviz Simango, Mayor of Beira, Mozambique, and Hardeep Anand from Miami Dade County Water and Sewer Department, 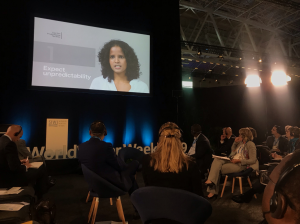 A film summarizing events and lessons learnt by the drought in Cape Town between 2017-18 was shown, created especially for the event by the Cape Town Drought Response Learning Initiative working in partnership with the Resilience Shift.

During the fishbowl session, Jennifer Sara, Global Director for the World Bank Group’s Water Global Practice, stressed the need to “get ahead of the curve so we are not just managing crises”. Louise Ellis, Associate at Arup, emphasised the opportunities for more data driven decision-making.

Isabella Lövin, Deputy Prime Minister of Sweden, closed the session highlighting good examples of working together during shocks at a national level, for example, the biggest forest fires in Scandinavia last year where Sweden worked with other nations in Europe to bring the wildfires under control.

“We need to start valuing water and use our water resources with the respect they deserve”, she said. 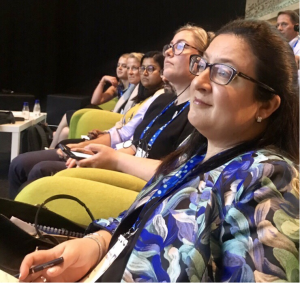 Next steps for this work:

Through the report ‘Adapt Now’ the GCA calls for:

The Resilience Shift is supporting Dr Fred Boltz on the GCA’s Water Action Track, highlighted at the UN Climate Summit as part of plans for a ‘Year Of Action’.