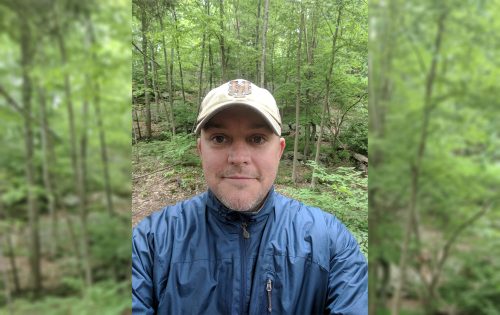 Talking with Seth Schultz is very inspiring. As Founder/CEO of Urban Breakthroughs that aims to develop a ‘space-race era’ mobilisation of research and innovation on cities and climate change, he believes that engineers need to be part of the solution to climate change adaptation and mitigation.

In early November, he co-chaired a leadership summit with Tom Lewis from WSP, hosted by the American Society for Civil Engineers – the ‘Future World Vision Leadership Summit’- immediately prior to the ASCE International Conference on Sustainable Infrastructure with CEOs and industry stakeholders. The Summit aims to ultimately galvanise the 170,000 members of this, the largest engineers’ organisation in the world. The focus of the summit was on bridging the gap between urban infrastructure climate adaptation and resilience.

Seth’s background is as a geologist and environmental scientist and he began his career working with and for engineering firms in the environmental space for many years. He was driven by the need to create change in urban sustainability, working with many leading and innovative organisations in this space including the US Green Building Council, the Clinton Foundation, C40 Cities Climate Leadership Group and the Global Covenant of Mayors.

At the Clinton Foundation, he was interested in taking the ideas around the LEED standard for buildings but developing it for large scale communities of 50-150,000 people. This became the Climate Positive Development Programme in partnership with the Clinton Climate Initiative, and he built on this at C40 Cities, who he joined three years after its creation in 2006. He brought to C40 the theories of change and networking solutions that fascinated him, and this, along with the power of convening, generated what he calls the ‘magic elixir’ that enabled cities to talk frankly with other cities about the challenge they were facing.

10 years ago, he said, there was still a reluctance to admit to failure in the face of climate change and, as a result, there was an explicit emphasis on mitigation. so it has been a difficult journey to build acceptance of the need for transformative change around resilience and adaptation. A survey in 2013/14, with CDP Cities asking cities if they were feeling the impacts of climate change which resulted in a resounding 97% of responding cities around the world replying yes. The work Seth then led at C40, in partnership with Arup, in developing the the report, Deadline 2020, captured the growing sense of urgency felt by cities and the short timeframe in which action is required.

He says it was a watershed moment of acceptance about the need for an approach to urgent mitigation and adaptation in the face of the climate crisis.

In the last 24 months he notes that the topic of infrastructure resilience has also grown in acceptance and understanding, and more of his recent work has focused on turning theory to practice, whether developing a global standard for GHGs, the GPC (Global Protocol for Community Scale Greenhouse Gas Emissions) reporting platform, the Streets for All Coalition, or a hard-hitting report on Mayoral powers and the ability and need for city leaders to become global change makers and indeed, in his words, environmental ‘rockstars’.

The ‘Future World Vision Leadership Summit’, taking place on Wed 6 November in Los Angeles, USA, seeks to accelerate the discussion about the need for transformation of our infrastructure within a very short timescale. It proposes to build a large-scale commitment among stakeholders to adapt and incorporate sustainability and resilience into our infrastructure, using ‘action tracks’ and further seeking ways to collaborate on solutions and next steps.

He feels there is an urgent need to create a common taxonomy for resilience, and common standards that can inform infrastructure RFPs and funding structures. In his view, engineers carry with them a desire to create a better world, as per the oaths that many engineers take. It is critical therefore that they must be part of the solution and help to build a global coalition that can transform our built infrastructure.

Seth is not pessimistic about the future despite the increasing urgency of the climate crisis. He believes that the human race has the intelligence and ingenuity to build a better future, as long as we work together. In this spirit, the Resilience Shift also participated in the Summit and several sessions at the ASCE International Conference on Sustainable Infrastructure.  Caroline Field represented our work on resilience of critical infrastructure, highlighting a new approach to urban water resilience in partnership with a number of collaborators such as the Global Commission on Adaptation, Resolute Development Solutions, the World Bank, 100 Resilient Cities and the Stockholm International Water Institute.