“The world is rapidly changing and there’s ever growing uncertainty about the future. Society must be ready for the changes to come”. Kerem Yilmaz joins The Resilience Shift as Head of Strategy with a focus on growing the impact and scale of its work. 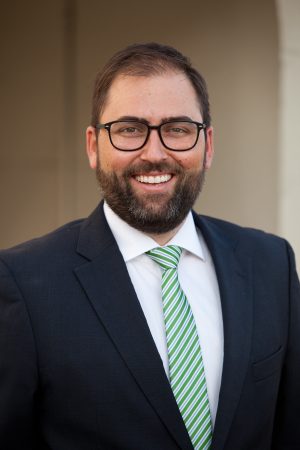 Kerem Yilmaz isn’t completely new to the idea of potential crisis. He was shocked by the force of hurricane Sandy when he experienced it while living in New York City in 2012. “I went to sleep watching the big tree by my window swaying due to wind gusts, scared it would crash through. When I awoke, we had no power and heat – the entire city was transformed.”

Growing up in Southern California and experiencing earth tremors and the odd quake – the biggest being the Northridge quake registering 6.7 – he now knows instinctively what to do to protect his family, where not to position the furniture (never put a bed by a window, he advises), and what to check for damage afterwards. And he’s been directly impacted by the ever-intensifying round of annual fires that have ravaged the State of California in recent years.

Based on his experience, he is driven by a desire to understand policy levers – what makes people take action? Why do disparities persist? And, how do we ensure a resilient, thriving society?

“Carbon is a nebulous thing – but the impacts of climate change are real and they do matter. It’s important to think about how we maintain the fabric of society and build a prosperous future.”

Despite global efforts to slow climate change, he acknowledges the fact that every facet of society must be ready to adapt. He says this view is grounded by being realistic, rather than by being catastrophic and gloomy.

“We will overshoot without dramatic change so we need to prepare ourselves for some significant shifts in our lifetime.”

In such a context, resilience gives us a framework to prioritise important decisions about our future and to safeguard ourselves against some of the most catastrophic impacts of climate change. Kerem will be supporting Seth Schultz, CEO, in steering the growth of The Resilience Shift to further scale up its impact and contribute to responding to the urgent need for more resilient infrastructure systems.

He has worked with Seth before at C40 Cities Climate Leadership Group and at the Clinton Foundation, where he was selected for the prestigious Clinton Orfalea Fellowship.

Seth notes, “Kerem has the rare ability to get down into the trenches of detail yet is still able to zoom out to big picture strategy with equal ease. He was an absolute joy to work with during our time together at CCI and C40 and was an integral part in helping me develop a burgeoning research agenda at C40”.

Kerem says that what motivates him is the mission – in this case, a safer world through resilient infrastructure – and in finding ways to support and empower his team to think about the mission and to be a good partner.

In the larger sense, he believes in continually asking ourselves ‘Are we doing the most we can? Is there an opportunity to do more and who else can we work with to make the change the world requires?’

“For The Resilience Shift, we must ask the critical question – how are we truly a catalyst? And how do we move the neural network forward? Time is running out so we must be ready for the changes to come”.

After receiving a bachelor’s degree in the Political Economy of Industrial Societies from the University of California, Berkeley, Kerem worked in management and information technology consulting including a 6-year stint at Accenture. He pursued his graduate degree at USC Price School of Public Policy with the goal of becoming an agent for change.

“My studies really propelled me to become the leader that I hoped to become, to take a stand and to feel like I can make a difference in the world”, he said.

We are delighted that Kerem has joined us in our work and to grow the role of The Resilience Shift as a catalyst for creating a safe, resilient, and sustainable future for all.